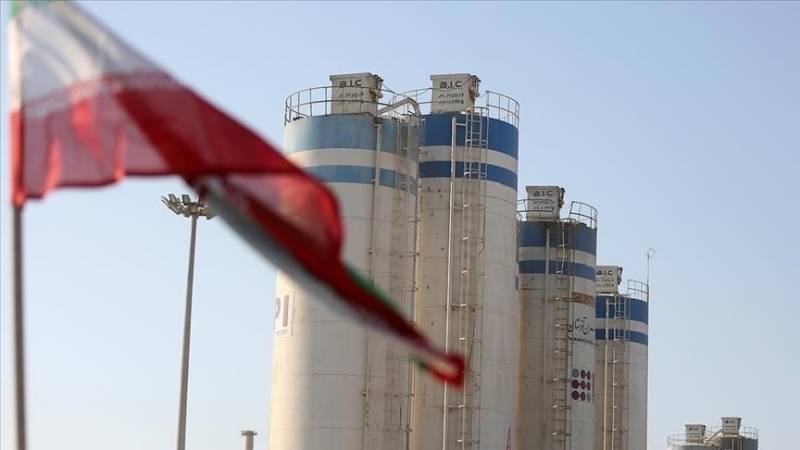 The delay in the new US President Joe Biden’s promise to revive the Iran nuclear deal has once again raised tensions in the region with Tehran announcing to disallow International Atomic Energy Agency (IAEA) inspectors to visit the nuclear sites from Feb. 21.

Following recent tensions between the two long-time adversaries, which peaked in the final weeks of Trump's presidency, Iran's parliament adopted legislation that required the country to accelerate nuclear enrichment activities and end its commitments under the Non-Proliferation Treaty (NPT).

Speaking to Anadolu Agency, Abolfazl Amouei, the lawmaker and the spokesperson for Iranian parliament's national security and foreign policy commission, said the law shall take effect if the sanctions are not lifted before the Feb. 21 deadline given by the parliament.

"If within next two weeks, there is no opening of the sale of Iranian oil and improvement in Iran's banking transactions, as per Article 6 of the Strategic Action Law to Lift Sanctions, the voluntary implementation of the additional protocol by Iran will be stopped," he said.

In 2015, the five permanent members of the UN Security Council—China, France, Russia, United Kingdom, United States—and Germany together with the European Union signed an agreement with Iran called the Joint Comprehensive Plan of Action (JCPOA) placing significant restrictions on its nuclear program in exchange for sanctions relief.

But in 2018, the US under President Donald Trump withdrew from the agreement and subsequently reimposed all sanctions on Iran lifted by the accord.

In 2003, Iran had signed an additional protocol under the Non-Proliferation Treaty (NPT), granting access to the UN nuclear agency IAEA inspectors to inspect and verify the country's nuclear program.

The protocol requires signatories to provide an elaborate declaration of their nuclear activities and gives the UN agency access to their nuclear sites, even though the action is voluntary.

Iran has put the onus on the revival of the deal on the US, maintaining that it was Washington that had abandoned the deal and stopped implementing its commitments.

"Iran is in no hurry to revive JCPOA but will return to its obligations after the effective lifting of sanctions. We have adopted a policy of neutralizing sanctions," said the lawmaker. link

While nuclear enrichment has already surged up to 20% in recent weeks, the law mandates the government to disallow inspection of the country's nuclear sites from Feb. 21, if the new US administration does not revive the deal.

"Iran had voluntarily accepted the implementation of the additional protocol within the framework of JCPOA in lieu to lift sanctions. But with sanctions not lifted, rather added, Iran sees no reason to implement the protocol at this time," he said.

He further said the action is in line with paragraphs 26 and 36 of the nuclear accord signed by Iran with world powers in 2015 and if other parties want to "revive" it, they must "first fulfill their obligations".