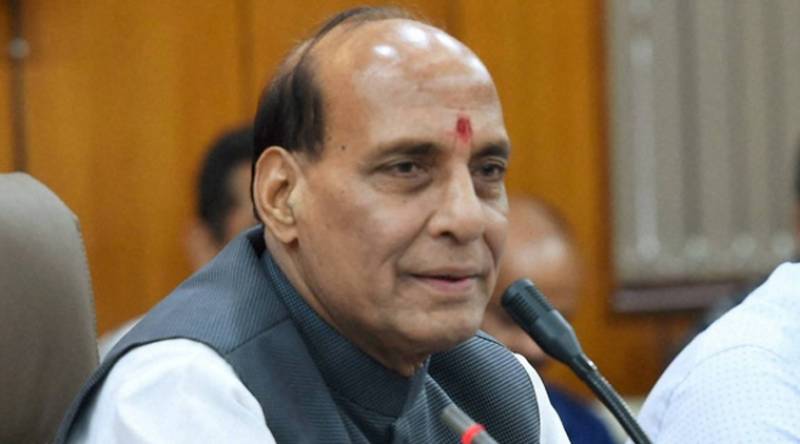 NEW DELHI: Indian Home Minister was embarrassed when Delhi police said that they have not found any evidence of JNU protest link with JuD Chief Hafiz Saeed.
Delhi Police Commissioner B S Bassi stated that they have found no evidence linking the JuD to the incident at the JNU.

He also claimed that as and when it comes, it will be shared with the Home Ministry.
Indian Home Minister Rajnath claimed that JuD Chief Hafiz Saeed is involved in JNU conspiracy.

Opposition parties urged Rajnath Singh to give proof of his claim.
A Home Ministry spokesperson claimed that Singh’s statement was based on intelligence inputs.
However, Hafiz Saeed strongly rejected the allegations and claimed that Indian government used a fake twitter handle to link him with the JNU students.

He called it a “prime example of how the Indian government fools its own people.”
Hafiz Saeed’s original twitter account was suspended in 2010.