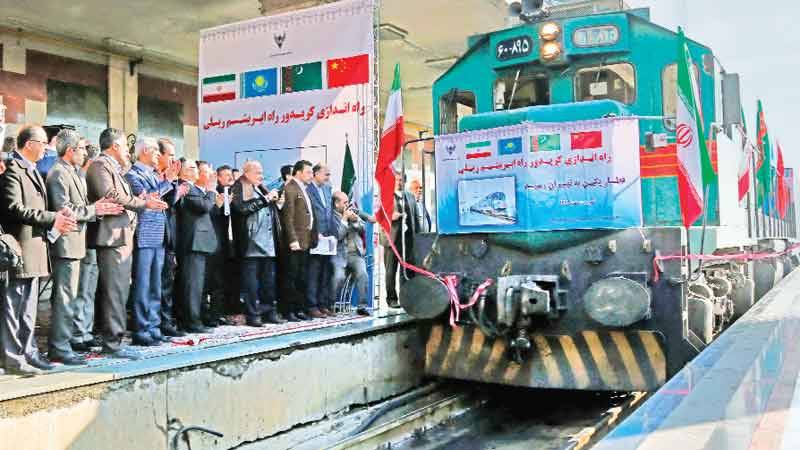 BEIJING: First train from China reviving ancient Silk Route arrived at Tehran.
It is an historical move which has revived  a trade link between regional countries along with ancient Silk Route.
The train was loaded with 32 commercial containers and Chinese goods.

The train started journey from China’s eastern city Yiwu and arrived in Tehran in 14 days which is 30 days shorter than journey on ships.
Iran’s transport minister claimed that one freight train will travel every month between China and Iran.
Chinese President Xi Jinping announced to increase cooperation in trade, nuclear energy and “One Belt One Road” project during his visit to Tehran in January.

China is also cooperating with Iran on a high speed rail project linking Tehran to Mashhad.