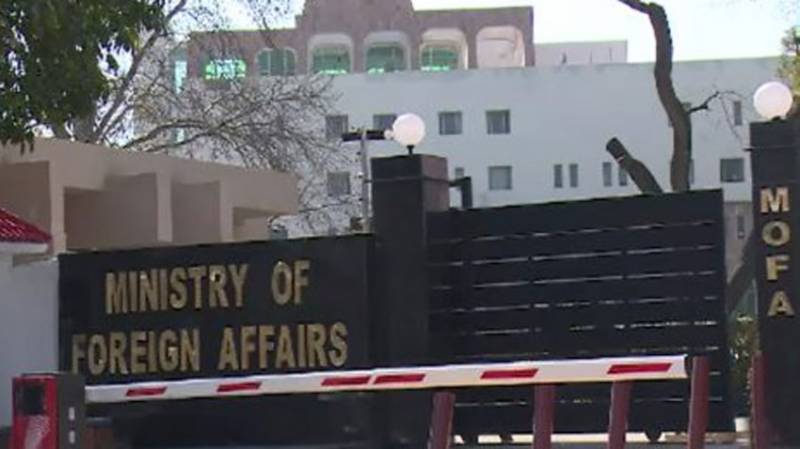 Pakistan has strongly condemned Indian occupation forces’ relentless killing spree, resulting in martyrdom of four more Kashmiri youth during this week in a staged ‘cordon and search’ operation in Shopian district of the illegally occupied Jammu and Kashmir.

In a statement in Islamabad on Saturday, Foreign Office Spokesperson Asim Iftikhar said more than 576 innocent Kashmiris have, so far, been martyred by Indian occupation forces since its illegal and unilateral actions of August 5, 2019.

He said the pattern of ongoing atrocities in Indian illegally occupied Jammu and Kashmir, which have been intensified during the holy month of Ramazan, reflects India’s despicable policy of terrorizing the population, in a bid to perpetuate its systemic persecution of Kashmiris.

The spokesperson said Pakistan reiterates its call for investigation of extra-judicial killings in the IIOJK by the Commission of Inquiry as recommended by the Office of the UN High Commissioner for Human Rights in its Kashmir reports of 2018 and 2019.

He also called upon the international community to play its due role for a peaceful and just resolution of Jammu and Kashmir dispute in accordance with the relevant UN Security Council's resolutions and the wishes of the Kashmiri people.