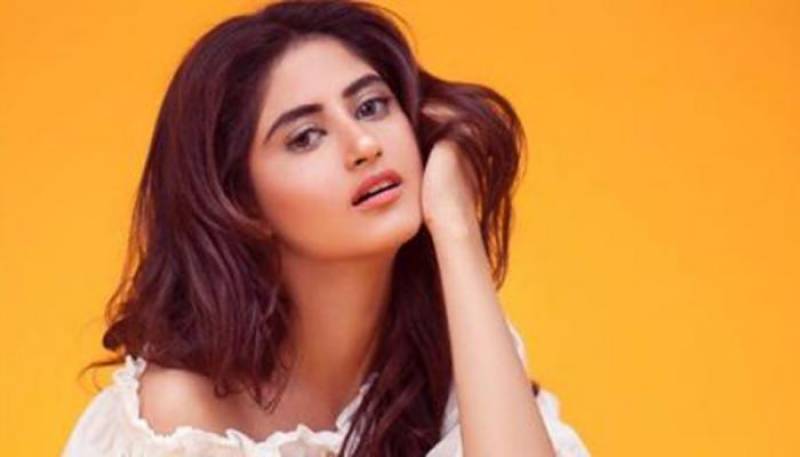 ISLAMABAD - Pakistani actress Sajal Aly, who made her Bollywood debut in late actress Sridevi starrer 'Mom' has opened up about ill-treatment of stars during award functions.

Sajal Aly has lashed out at hosts and organisers of Pakistan's biggest award shows for ill-treating against actors.

The report reveals that Sajal received two nominations in the Best Actress category but lost to 'Hindi Medium' actress Saba Qamar, who bagged the award for starring in slain Pakistani model Qandeel Baloch's biopic. Sajal was a good sport and showed support to Saba but what disturbed her was the 'ridiculing' of actors during the award ceremony.

“I feel like we have gradually gone from treating awards as an evening of celebration of good work and art to ridiculing actors and our industry. I was quite disappointed.

During the award ceremony, Sajal found the Best Dressed segment distasteful in which the hosts lined up some male and female stars and left the decision of who deserves the title to audience applause. Sajal was pitted against a fellow Pakistani actress who eventually walked away with the trophy.

“It might sound harsh, but unfortunately that’s the reality. Actors were treated as subjects of humiliation and were used for cheap laughs. I may also sound like I’m ranting, but does no one go over the script and point out whether something is a bit much?” Sajal said. “Not a lot of actors attend the awards in the first place and slowly that number will grow. I know I don’t want to be disrespected for the sake of a show’s rating, " she added.

Sajal became a known face in Bollywood because of her path-breaking performance as Sridevi's daughter in Ravi Udyawar's 'Mom'. Sajal shared a great rapport with Sridevi and when the actress passed away, Sajal posted a heartbreaking message on her social handle, that read, "Lost my mom again...'