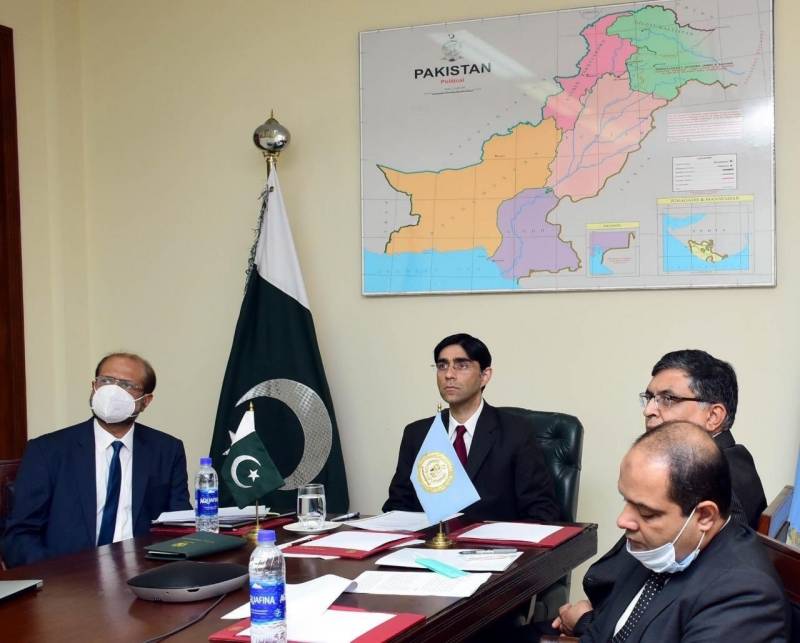 According to details, the SCO held its online meeting of National Security Advisors where India’s false claims were rejected. Doval, who represented India, had raised an objection against Pakistan on the display of the political map as background for the meeting by falsely claiming that the new political map showed ‘sovereign Indian territories’ as part of Pakistan.

However, Pakistan, which was represented by Special Assistant to the Prime Minister on National Security Dr Moeed Yusuf, highlighted that as per international law India has no legal rights to claim the internationally recognized disputed region of Jammu and Kashmir as its territory.

Furthermore, Pakistan emphasized that the new political map represented Pakistan's rights and the aspirations of the Kashmiri people. It emphasized that Pakistan retains an abiding commitment to seeking a resolution of Jammu and Kashmir dispute through a free and impartial plebiscite in accordance with the UN Charter and the UNSC Resolutions.

The SCO agreed to Pakistan's position and Moeed Yusuf conducted the SCO meeting with Pakistan’s new political map as background for the discussions.