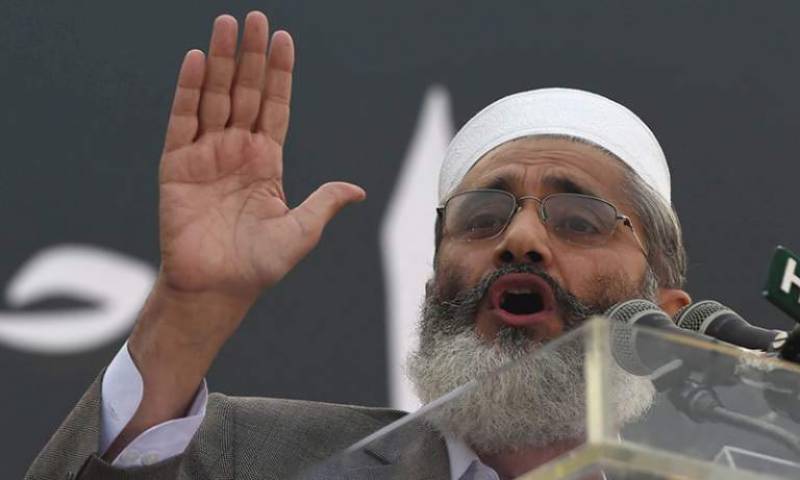 Addressing a rally organised in National Assembly constituency 120 where by-elections are scheduled for September 17, JI Chief Siraj ul Huq has stated that Nawaz Sharif was facing Allah’s wrath due to his role in Mumtaz Qadri’s hanging and handing over Dr. Afia Siddiqui to US.

Siraj maintained that the former premier should confess his wrongdoings and seek forgiveness from Allah and masses.

The JI chief expressed his regrets that Sharif family was ruling the Punjab province from three decades but still it was ‘begging for vote’.

‘We are fighting against agents of international establishment and Yazeedi forces’ said JI chief and added that the masses would vote for an honest, upright candidate.

The legislator vowed to establish state-of the art hospitals in the country after assuming power so ‘no member of Sharif family would need to visit London or New York for treatment’.

He took aim at the ruling party for pitching the wife of the former premier as a candidate in NA-120 and not giving such opportunity to any poor worker of the party.