Shaheen Shah should have completed spell in final even if his legs were broken, insists former speedster
15 Nov, 2022 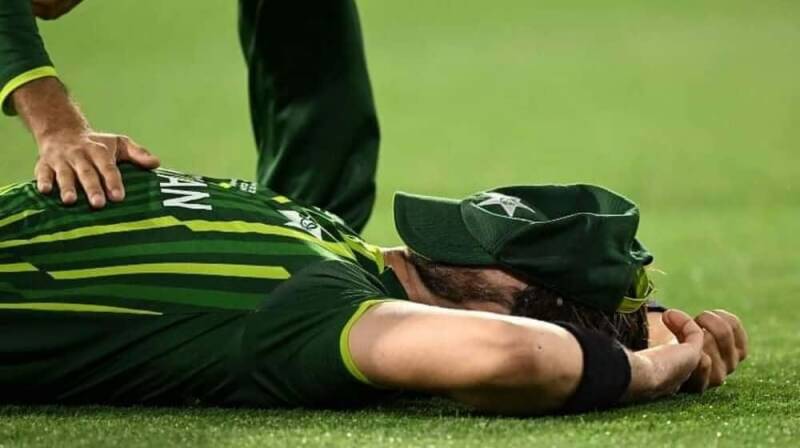 Former Pakistan pacer, Shoaib Akhtar, believes Shaheen Shah Afridi should have bowled his third over despite suffering a knee injury in the final of the T20 World Cup 2022 at the Melbourne Cricket Ground.

Speaking to the media after England won the final, Akhtar said, “This is the World Cup final. Even if the leg breaks. Whatever happens, happens. Just keep running and do something. But this was not in our fortune.”

In response to a question about Shaheen’s fitness, Akhtar stated that the left-arm pacer was not fully fit before the start of the marquee event, but he has shown phenomenal performance in the last three or four matches.

While speaking about the final match against England, the world’s fastest bowler said that when a key player is injured at a crucial stage of the game, it definitely turns the game in the opposition’s favor.

It is worth noting that Shaheen returned to the squad after a three-month absence, and while his performance in the first two games was unsatisfactory, he played an important role in taking the team to the final.

During the final match, Shaheen provided an important breakthrough by dismissing the dangerous Alex Hales in the first over, giving some hope to the fans, but he was injured in the later stages of the match.

The injury forced him to leave the field, forcing off-spinner, Iftikhar Ahmed, to bowl the remaining five balls at a stage where England needed 41 runs to win off the final 29 balls, and Iftikhar conceded 13 runs in 5 balls.