Pakistan abstained from voting in UN Resolution against Russia
15 Nov, 2022 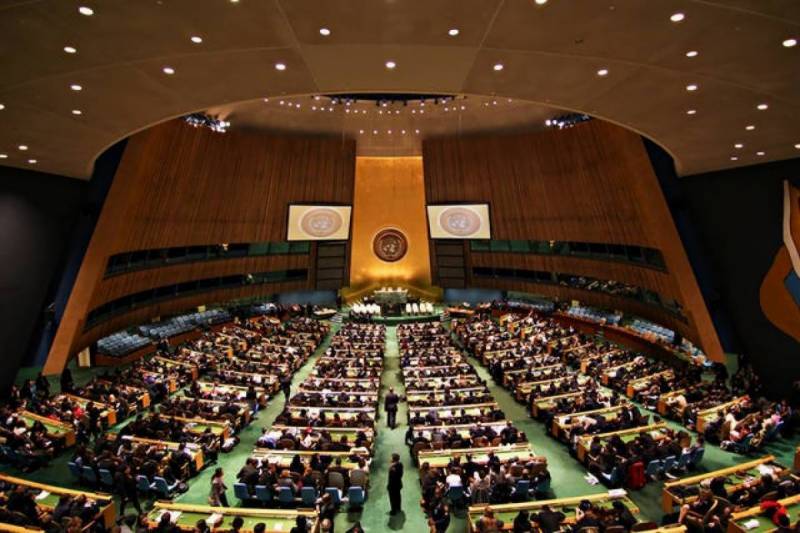 UNITED NATIONS – The United Nations General Assembly on Monday adopted a resolution calling for the Kremlin to be held accountable for violations of international law and seeking a remedy mechanism for damages caused by its invasion of Ukraine.

Reports in media said at least 94 nations voted in favor of the resolution while Pakistan abstained during the voting with other 73 countries which decided against voting.

Pakistan’s Deputy Permanent Representative to the UN, in its explanation of the vote after the draft, said it would be unprecedented to establish the proposed mechanism that is neither managed by nor accountable to any of the UN's principal organs.

He maintained that double standards in the application of international law were counter-productive.

Moscow’s veto in the Security Council had blocked members from taking any action since Russia invaded Ukraine on February 24.