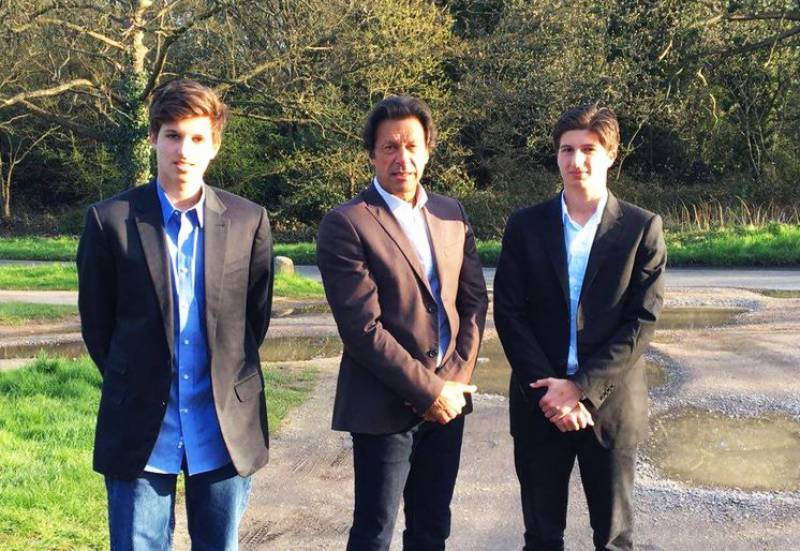 LAHORE – Former Pakistani prime minister Imran Khan’s sons, Kasim and Sulaiman — who arrived in Pakistan to visit their ailing father, are set to return to the United Kingdom.

Reports in local media said the duo on Tuesday left for the Lahore Airport from Imran Khan’s Zaman Park residence to fly back to London, where they live with their mother.

It was reported that provincial administration beefed up security during their exit in wake of threats. Senior PTI leader Mian Aslam Iqbal accompanied Kasim and Sulaiman from Zaman Park to see off two brothers.

The ousted premier reportedly limited his political engagements after the arrival of his sons.

Imran Khan is recovering after undergoing surgical treatment at the Shaukat Khanum Hospital while an attempt on his life has forced his sons to visit a South Asian country.

After an assassination attempt on a defiant politician, the mother of Kasim and Suleiman and ex-wife of Imran Khan, Jemima Goldsmith expressed shock. She also praised the man who foiled the attack on the PTI chief during the party's long march.

Jemima also conveyed their sons' gratitude to the man who foiled the assassination attempt. "The news we dread... Thank God he's okay. And thank you from his sons to the heroic man in the crowd who tackled the gunman," she wrote.

PTI chief's relationship with his sons is evident as the former Pakistani PM dedicated his book ‘Pakistan, A Personal History' to his sons.