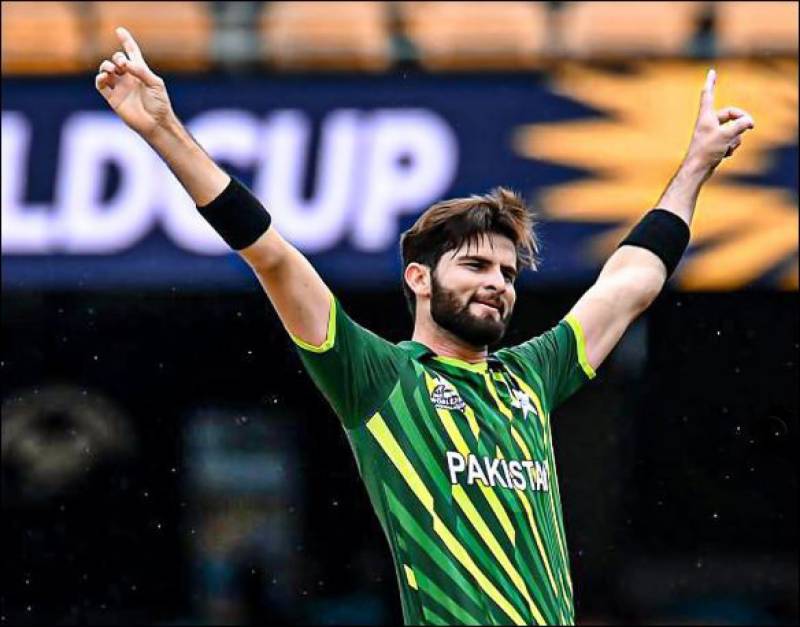 LAHORE – Key pacer Shaheen Shah Afridi on Sunday left the T20 World Cup final showdown against England after what appeared to be a recurrence of a knee problem following a botched landing during the game.

Green Shirts now have heaved a sigh of relief as scans revealed no major concerns to a young player who hurt his knee on Sunday.

Pakistan Cricket Board shared an update on his injury, revealing Afridi's scans have shown no signs of an injury however he has been advised two-week rehabilitation.

PCB maintained that he was hurt due to a forced knee flexion whilst landing. Meanwhile, the Pakistani speedster will undergo a rehabilitation and conditioning programme to strengthen his knee at the National High-Performance Centre a few days after his return to Pakistan, the board said in a statement.

His return to the game will be subject to the completion of the rehabilitation programme, it said.

On Monday, Shaheen was ruled out of the upcoming test series against England. Haris Rauf will be part of the Test squad as England will visit South Asian country next month for a three-match series.

To fill his gap, officials also mulled other options for the home series against England team which is scheduled to reach Pakistan on November 27.