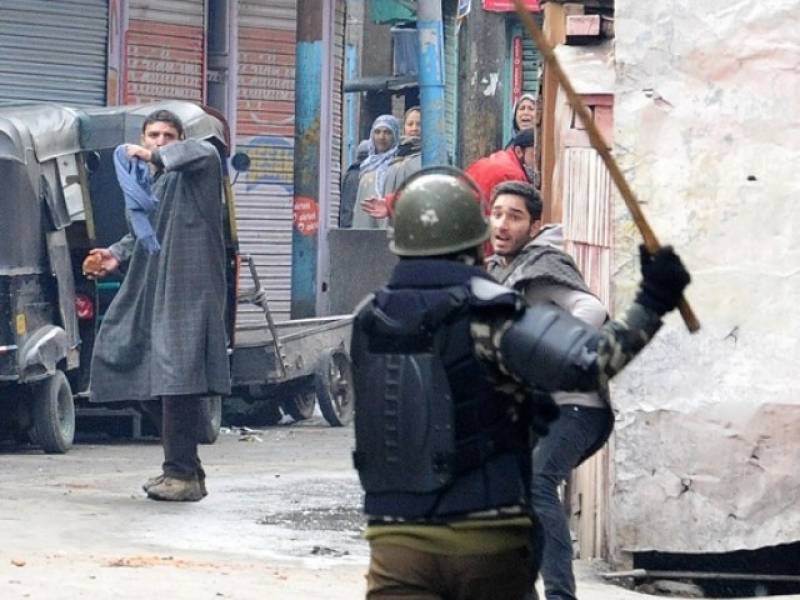 ISLAMABAAD: (APP) Dr. Marvin G. Weinbaum, a US security expert on the region said here Tuesday Pakistan and India should tackle less thorny  issues  first for the normalization of relations before taking on the hardest ones like Kashmir which posed a danger of conflict.

Both Islamabad and New Delhi need to put the Kashmir conflict "on the back of the queue not in front" while  engaging in talks  to settle their  outstanding issues, he told a group of journalists  here .The intractable  issues like Kashmir could be resolved  after  the two countries were able to forge a normal relationship, he added.

Questioned on the stunning victory of the Republican candidate in the US elections, he said Pakistan would be on the least of priorities of American president- elect Donald Trump as his attention would be focused on Syrian situation. However he added unless something "blows up" here which could capture Trump's attention.

He said given the focus of the president-elect on economy, the assistance to Pakistan could be reduced in an overall policy to focus more inwardly.

He warned of the dire consequences in case of a nuclear conflict between Pakistan and India, saying, Punjab, the bread basket for the two countries, could be turned into Chernobyl disaster of 1986 in the Soviet Union. Nothing would grow there until 50 years.

Dr. Weinbaum dwelt at length on the Afghan situation with its different and complex aspects and said Taliban would come to the peace talks but the time was not ripe for it.

He said he could not see the president of the US walking away from Afghanistan because it could become again an epicenter of extremism with far reaching consequences.

Weinbaum is a professor emeritus of political science at the University of Illinois at Urbana-Champaign, and served as analyst for Pakistan and Afghanistan in the U.S. Department of State's Bureau of Intelligence and Research from 1999 to 2003. He is currently a scholar-in-residence at the Middle East Institute in Washington DC. He is the author or editor of six books and has written more than 100 journal articles and book chapters.

Questioned on Pakistan's leverage on the Taliban, he said it could bring them to a negotiating table but could not influence them in a peace agreement due to many reasons. Pakistan sees a friendly government in Kabul in its interest and will like to have a peace agreement to its liking, he added.

Responding to a question the professor said India was investing $2 billion in Afghanistan as it did not want extremists to take over Kabul because it would undermine Indian interests and could stoke extremism there.

Asked on the deal between the Afghan government with a prominent warlord  Gulbadin Hekmatyar and head of Hizb-e- Islami , he said it would further complicate Afghan situation. Gulbadin had nothing to offer and was not an important player in the Afghan insurgency. It would be wrong to construe that he would create a path to be followed by the rest of the Taliban as Hekmatyar himself wanted to be a top man in Afghanistan, he said.