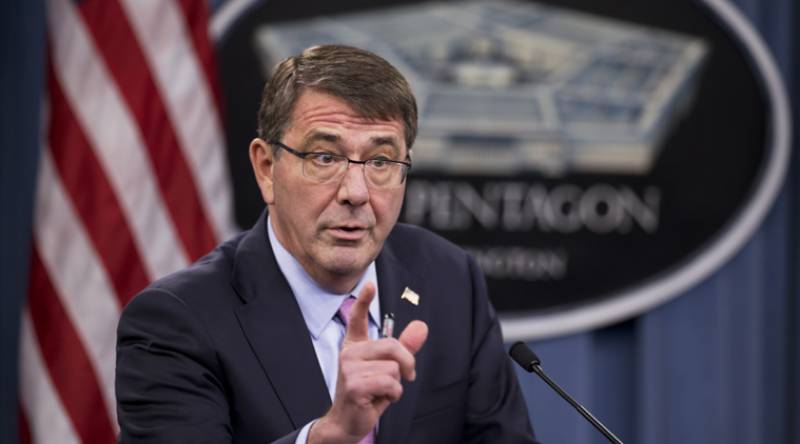 WASHINGTON (APP): US Defense Secretary Ashton Carter on Monday advised NATO countries worried about the arrival of Donald Trump at the White House to talk to the incoming administration to ensure he respects the alliance.

During the campaign ultimately won by Trump in a shock victory over Democrat Hillary Clinton, the Republican billionaire said he might think twice about defending NATO allies unless they up increase their defense spending.

Those comments have sparked fear in Europe, where some have called on the European Union to press on with its own common defense plan.

Carter said he could not speak for Trump's incoming administration, but urged America's partners to take advantage of the opportunity to air their concerns.

The only thing I would say is, engage with the new administration... work with them, stay committed to the values and the principles that we have stood for," Carter told an audience at 1776, a start-up incubator in Washington.

US/NATO Forces probed for killing women and children in Afghanistan

"We're much better at protecting ourselves if we can find a way to work together," said Carter, a firm backer of the 28-nation NATO.

Washington has been pushing some European countries for several years to increase their defense spending, and thereby lessen America's load for NATO's collective defense.

Many European countries still spend less than the two percent of GDP on defense, the bar sent by the Alliance.

The United States, which spends roughly 3.3 percent of its GDP on defense, contributes about 70 percent of NATO's budget.

NATO Secretary General Jens Stoltenberg warned Sunday that "going it alone is not an option" -- a not-so-veiled message to Trump.

"This is no time to question the partnership between Europe and the United States," Stoltenberg wrote in a commentary for Britain's Observer newspaper.