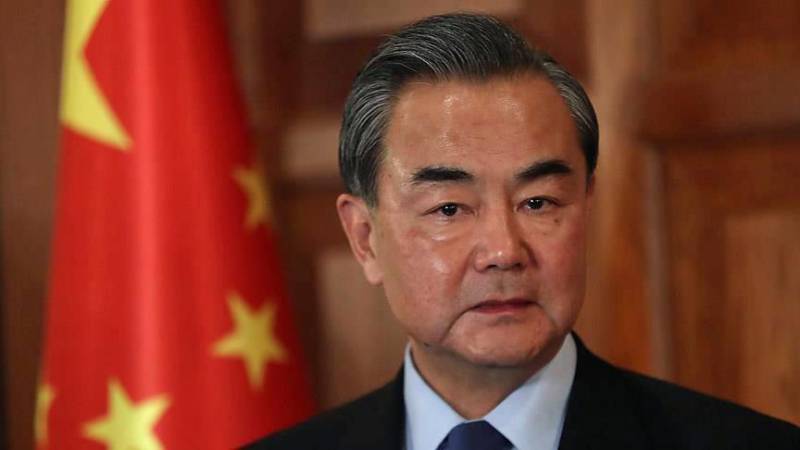 ANKARA: (APP) China's Foreign Minister Wang Yi has stressed how his country stepped up to demonstrate "immediate" support to Turkey after the failed July 15 coup bid.

Speaking to Anadolu Agency in an exclusive interview on Sunday in Ankara, paying an official visit, Wang said, "China immediately expressed support for the Turkish government's efforts to uphold stability in accordance with the law and sent a vice foreign minister to visit Turkey".

Asked about Turkey and China's cooperation on security issues and the Fetullah Terrorist Organization's (FETO) activities in the country, Wang said, "Neither of us allows any activity on its soil that undermines the other's security and stability".

He added, "China and Turkey have both suffered from terrorism; we are both firmly opposed to terrorism in all manifestations. Strengthening security and counter- terrorism cooperation serves the fundamental interests of our two countries".

Ahead of the G20 Summit in Hangzhou this September, Erdogan and Xi signed three bilateral agreements in the areas of energy, nuclear security, and agricultural health certification.

"There is zero tolerance for any organization or individual that engages in such activities," Wang said, adding that China's support for Turkey in the wake of the coup attempt "proves that China is a friend in need".

On the state of Turkish-Chinese relations, Wang touted the two countries' 45th year of diplomatic ties in 2016.

"Our relations have made an extraordinary journey in these 45 years and reached a stage of maturity and steady development. Most notably, our cooperation in the areas of politics, the economy, security, and culture has deepened and produced tangible results," said Wang, hailing the guidance of two countries' presidents.

"Turkey is a major country in the region, an influential Islamic nation, a key emerging market, and a member of the G20," said Wang. "It has an important place in China's Silk Road Economic Belt initiative".

"I am in Ankara to meet with Foreign Minister Cavusoglu," he said. "These two mechanisms were established pursuant to the important agreement reached between our presidents".

The top diplomat added that having two-level high meetings in such quicksuccession "speaks to the strong commitment of both sides and the strength of Chinese-Turkish relations".

"We would love to see Chinese citizens visit Turkey for sightseeing and investment," Wang said, adding that such visits would contribute to friendly exchanges and mutually beneficial cooperation between the two countries.

"Straddling the Eurasian continent, Turkey is a bridge between East and West.

The foreign minister said there have been Chinese TV documentaries on

Turkey which are popular with viewers and help promote Turkish culture and tourism.

"Last year, the number of Chinese tourists visiting Turkey exceeded 310,000, up 57 percent from the year before," said Wang. "Recently, the number has come down somewhat due to perceived security [concerns] and other factors".

But he added that he sees this decline in tourist numbers as "only temporary".

"Turkey has unique tourism resources to offer, so the number will pick up and more Chinese tourists will come your way," he said.

Wang also said China is one of the "hottest destinations" for foreign direct investment (FDI) and has attracted more FDI than any other developing country for 23 years.

"We welcome, as always, foreign investments including those from Turkey, and we will continue to make it easier for Turkish and other foreign businesses to invest and seek opportunities in China," he added.

"It is expected to link the eastern and western parts of Turkey, and play a big part in connecting China's Silk Road Economic Belt initiative with Turkey's Middle Corridor initiative," Wang said.

The foreign minister cited China and Turkey's cooperation in high-speed railway building as "a prime example".

"Chinese enterprises were involved in phase II of the high-speed railway linking Ankara and Istanbul," Wang said. "It was applauded by the Turkish government and people of Turkey and demonstrated the strengths of Chinese construction".

Wang mentioned that China operates over 1,900 bullet train units, the most in the world.

"The accumulated operational mileage has surpassed 2.77 billion kilometers, equivalent to six times the world's circumference," Wang said. "On average 1 billion bullet train trips are made in China every year".