Three soldiers of Pakistan Army martyred in a suicide attack
15 May, 2022 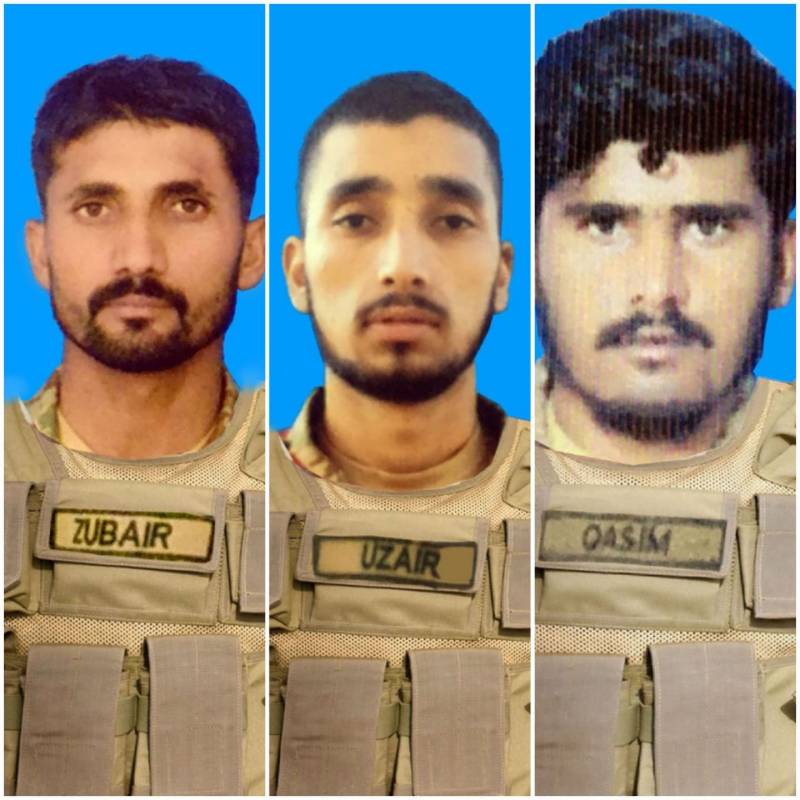 Three soldiers of the Pakistan Army and three children link were martyred when a suicide bomber blew himself up in North Waziristan link, reported 24NewsHD TV channel.

According to a statement released by the military’s media wing, Inter Services Public Relations (ISPR) on Sunday, a suicide blast occurred in the vicinity of Miranshah in North Waziristan link, taking lives of three soldiers and as many children link.

Three innocent children link were also martyred in the suicide attack link who were identified as Ahmed Hassan age 11 years, Ahsan age eight years and Anum age four years. Intelligence agencies are investigating to find out about suicide bomber and his handlers/facilitators, the ISPR statement added.

The security forces also cordoned off the area and launched a search operation to track down the perpetrators.