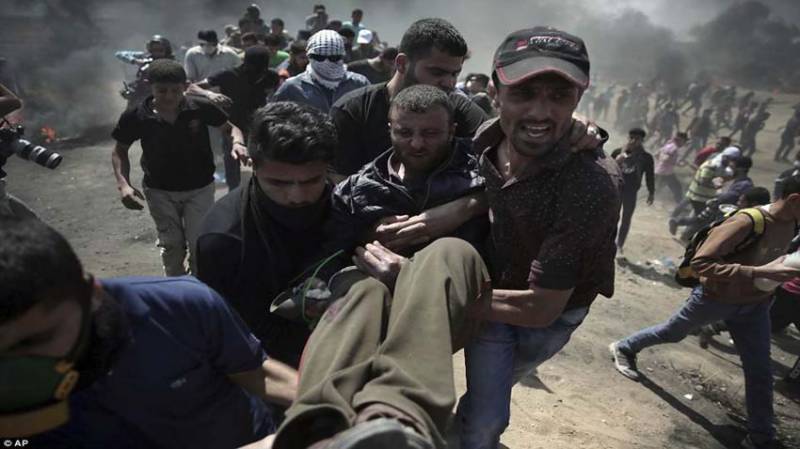 UNITED NATIONS: United Nations Security Council has condemned the killings of Palestinians in Gaza during a peaceful protest against shifting of US Embassy from Tel-Aviv to East Jerusalem.

In an emergency meeting, United Nations Assistant Secretary-General for Political Affairs, Tayé-Brook Zerihoun, called for an investigation and accountability of perpetrators.

According to Palestinian Health Ministry 58 protesters were killed and 2,700 injured due to straight gunfire, tear gas or other means by Israeli forces.

Meanwhile, Palestanians are observing Nakba Day today in which 750,000 Palestinians were driven out of their homes in 1948 and forced to live in refugee camps. AP