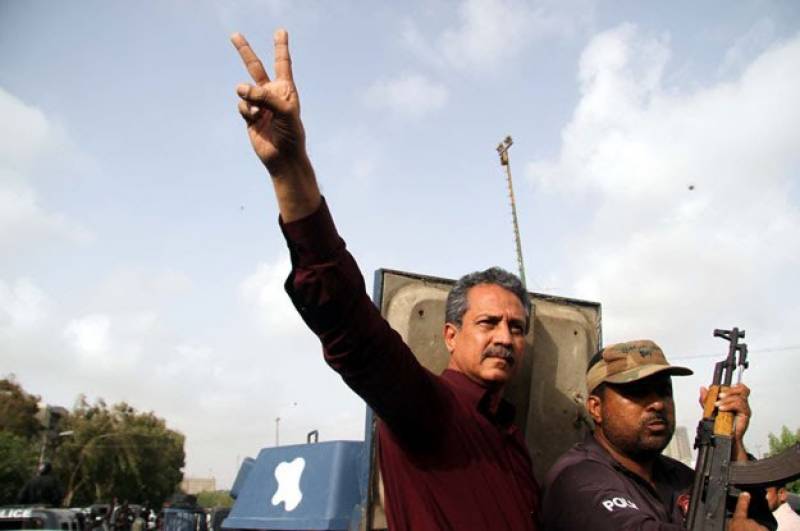 *KARACHI: Mayor Karachi Wasim Akhtar has landed into hot waters over May 12 carnage.*

*An Anti-terrorism Court (ATC) on Tuesday indicted Mayor Karachi Waseem Akhtar along with other accused in one of the cases pertaining to May 12, 2007 violent clashes.*

Waseem Akhtar appeared before the ATC along with other suspects; he was indicted by the court in a case of violence. A number of cases related to May 12 incident have been pending in ATC.

Akhtar incumbent Mayor of Karachi, was holding the office of provincial adviser on home affairs in Sindh during that period. Akhtar has been affiliated with Muttahida Qaumi Movement (MQM), an ally of the then government supported by military ruler Pervez Musharraf- the party was alleged of inciting bloody clashes on May 12, 2007 in Karachi.

The May 12, 2007 is also infamous as Black Saturday riots in the history of Karachi, when the then suspended chief justice Iftikhar Muhammad Chaudhry arrived at the Jinnah International Airport of Karachi.

Two rival rallies organized on that day; one by the lawyers bodies backed by the opposition political parties to welcome chief justice Iftikhar Chaudhry, and the other by the Muttahida Qaumi Movement (MQM), a coalition partner of the Musharraf-led government, against “politicization” of judicial reference against the chief justice.

Around 43 people died as a result of violent clashes between pro-government activists and supporters of former chief justice.