Inside tale: How US diplomat Colonel Joseph left Pakistan?
15 May, 2018 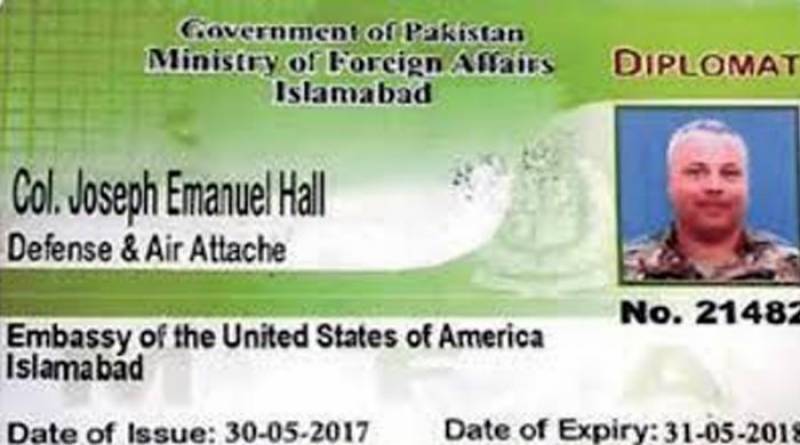 ISLAMABAD: The inside tale of the US diplomat Colonel Joseph leaving Pakistan have surfaced.

The family of man killed by US diplomat has reached anagreement with the US embassy onblood money.

Under the deal, the embassy will pay Diyat amount to the victim family and in return they will not pursue the case in court, according to the report.

The details of the agreement, which was reached many days ago before the diplomat was allowed to leave on Monday under the Vienna Convention, are kept secret. The report said that the amount and when it will be paid is unknown.

The US Military Attaché, Col Joseph Emanuel Hall, involved in the killing of a Pakistani youth in a road accident, left for the United States, diplomatic sources confirmed.

The official sources said Pakistan accepted the US viewpoint that Col Joseph Emanuel Hall has complete diplomatic immunity under the Vienna Convention.

On April 7, Col Joseph jumped a red light and rammed into a motorcycle killing a Pakistani civilian. He was let go by the police officials in Islamabad after the accident as the law — Vienna Convention on Diplomatic Relations, 1961 — provides the diplomat with immunity from criminal prosecution.

Earlier on Saturday, a United States Air Force C-130 returned from the Nur Khan Airbase in Rawalpindi, without the diplomat as the Interior Ministry refused to issue him a No Objection Certificate (NOC), sources had informed the Geo News.