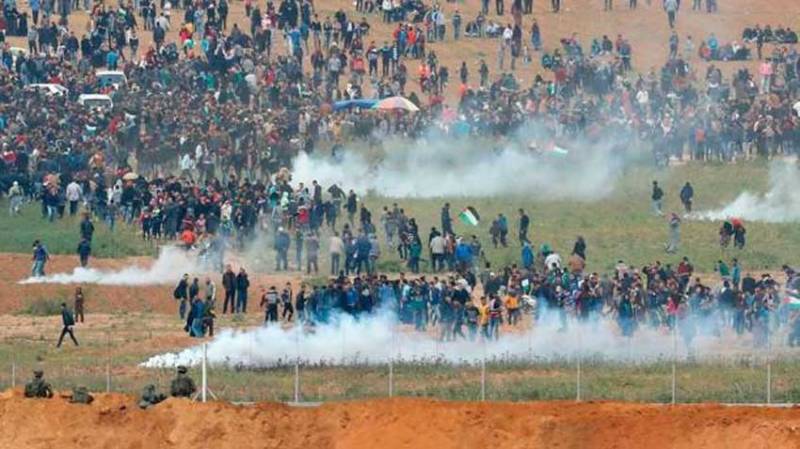 In Gaza, at least fifty two Palestinians were martyred and over 2400 injured during protests against Israel since the demonstrations began on March 30.

The violence started as the US opened its embassy in Jerusalem, a controversial move that has infuriated Palestinians.

The Palestinians say they will cross the fence and tell Israel and the world that they will not accept their subjugation.

Meanwhile, in a statement, Palestinian Authority spokesman called on all countries that respect freedom and peace to recognize East Jerusalem as the capital of Palestine state in the face of blatant disregard for international law. The spokesman Yousef al-Mahmoud called for wide international rejection and condemnation of the relocation of the US embassy to occupied Jerusalem. AFP