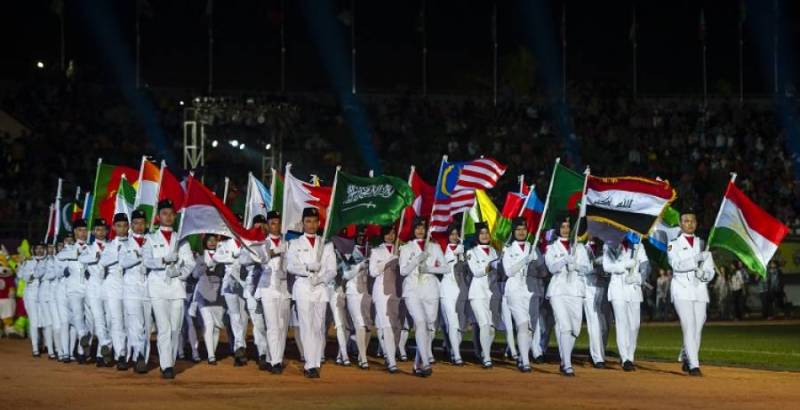 KARACHI, May 15 (APP): The Fourth Islamic Solidarity Games will

be held in Azerbaijan's capital Baku in May next year.

A report reaching here on Sunday said that some 5,000 players

It said that about 1,400 technical officials would also be

participating in the event.

addressed the preparatory session in Baku.

From Pakistan the Secretary General of Pakistan Olympic

represented at the meeting.

Some 8,000 volunteers would also render their services at the