What international football star Ronaldinho has to say about Shahid Afridi
15 Mar, 2017 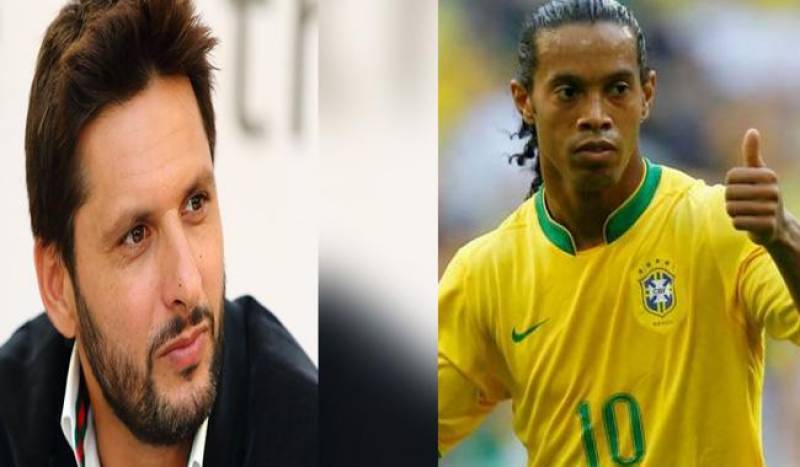 KARACHI: Pakistan’s former captain Shahid Afridi seems to have won Ronaldhino’s heart with his Twitter message in which he welcomed the Brazilian footballer after local media reported the ambassador of Barcelona club will visit Pakistan to play an exhibition match.

The all-rounder said in his message on Tuesday: “It is good to see more international sportsman visiting my beloved country”.

In response to Afridi’s message, Ronaldhino posted a message in Portuguese saying he was happy by the words Pakistan’s cricket hero Boom Boom Shahid Afridi said.

“I look forward to my visit to Pakistan in July,” he tweeted.

Ronaldinho  confirmed reports of his Pakistan tour  in a video message on Sunday.

"Pakistan, I am coming" and held up Pakistan's national flag. Ronaldinho will play in one of the league matches which will be held in Karachi. The organisers of the Leisure League have invited the Brazilian football great to play a match in Karachi.

He is currently the club ambassador for Barcelona FC. He is a renowned player in the sense that he happens to be part of the 2002 Brazil football World Cup winning squad and also happened to play a pivotal role in Barcelona's 2006 UEFA Champions League victory.