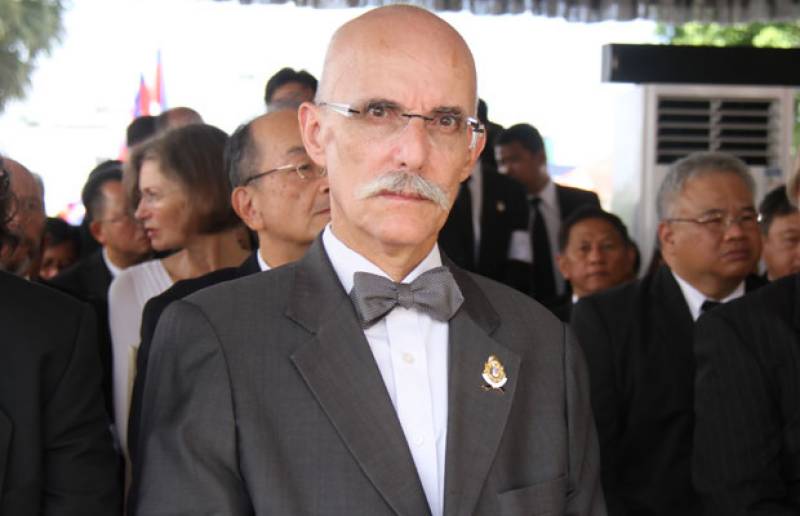 ISLAMABAD (APP): A high-level launch of the three year EU-funded Subai-Pakistan project was hosted by Ambassador of European Union to Pakistan Jean-Francois Cautain.

The project will focus on providing wide-ranging support services to the provincial and legislative assemblies. These will serve to strengthen the institutions, provide support to elected representatives and selected committees, secretariats, as well as help improve the transparency and accessibility of the provincial assemblies.

Subai-Pakistan is a Technical assistance project being funded by the EU with an overall objective to advance the functioning of Pakistan parliamentary institution, in particular Pakistan provincial assemblies, through effective legislation, strengthened policy and budget oversight and enhanced representation.

In his speech Jean Francois Cautain said that the project was cornerstone of the EU's support towards strengthening democratic institutions and promoting human rights in Pakistan and noted that both the EU and Pakistan were committed to consolidating the EU's support to democratization process that started following the elections of May 2103.

He added that the EU and Pakistan have a shared understanding and commitment to strengthening the institutional and organizational capacities of Pakistan's parliament to improve performance in law making, oversight and representation.

HE said that Sindh Assembly has historical importance as Quaid-e-Azam Muhammad Ali Jinnah took oath as Governor General in this building. He said that democracy was not a product but a process.

Speaker Balochistan Raheela Durrani said that the project will help strengthen the democratic process which started in 2008 elections.

She said that secretariat staff of the assemblies needs to be equipped with related skills.

Speaker KPK Assembly Asad Qaiser said that one of the most important human resource was human resource.He said that the project will help in improvement in legislation process in the country.

He thanked Prime Minister Nawaz Sharif for giving Rs 3 billion grant for construction of new building for AJK LA as its old building was damaged in 2005 earthquake and presently its session are being held parliamentary lodges.

Speaker Gilgit Baltistan Assembly Fida Muhamamd Nisar said that the capacity building project will benefit the memebrs of the provincial assemblies and thier staff.