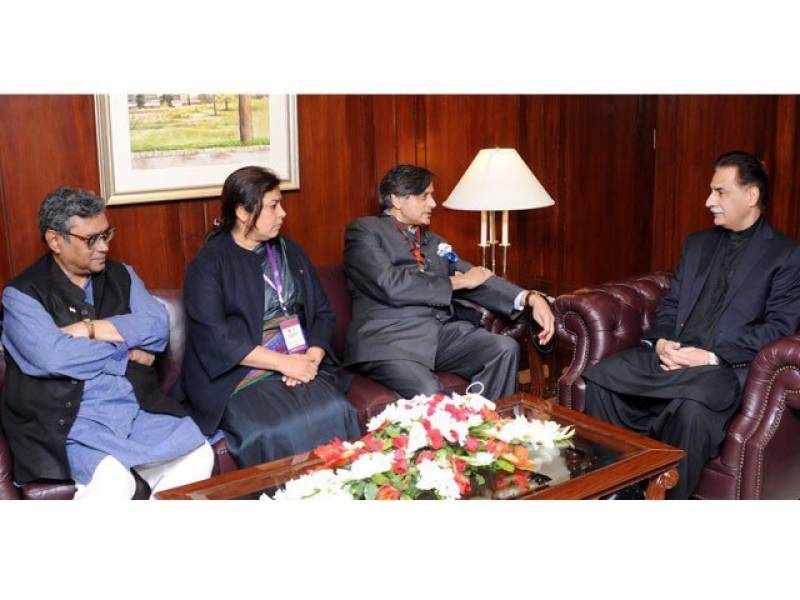 He expressed these views while talking to Indian Parliamentary delegation led by Shashi Tharoor, Member Lok Sabha who called on him in Parliament House here.

They are in Islamabad these days to attend a three-day Asian Parliamentary Assembly meeting which will be concluded on Thursday.

Both the sides met in an atmosphere of mutual cordiality, discussed variety of issues which are affecting the relations between parliaments of the two countries.

Sardar Ayaz Sadiq said that dialogues and interaction between both the countries from all levels must be directed towards peace in the region.

He called for regular interaction between parliamentarians of Pakistan and India for enhancing bilateral cooperation between the two parliaments.

He stressed for exploring possibilities of joint collaboration between the National Assembly and Lok Sabha in Legislative Drafting, Rules of Business and other Parliamentary Practices.

He informed that 90 Friendship Groups had been constituted in the National Assembly of Pakistan, which were playing vibrant and active role in parliamentary diplomacy.

Shashi Tharoor on the occasion said that parliamentary diplomacy was an excellent way of bringing two nations more closer which were already tied in cultural and historic bonds.

The Indian delegation agreed for regular interaction between Pakistani and Indian Parliamentarians.

They also discussed the working of Standing Committees, especially Public Accounts Committee (PAC) and decided to mutually share the experiences and practices.