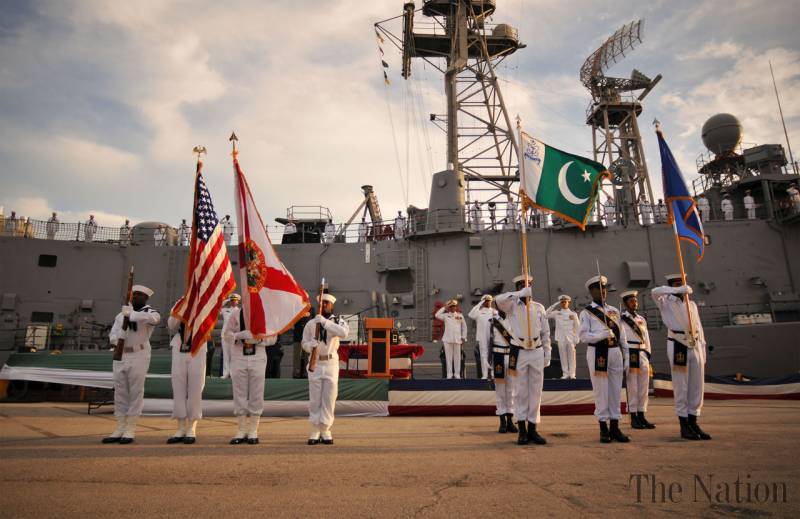 ISLAMABAD: (APP) Chief of the Naval Staff Admiral Muhammad Zakaullah who is on an official visit to USA, has reiterated the need for enhancing global efforts to effectively confront the common challenges and threats within the maritime domain.

The admiral highlighted Pakistan's commitment and performance in fight against terrorism including participation in Coalition Maritime Campaign Plan (CMCP) and Counter Piracy Operations as well as Command of Multinational Task Forces 150 and 151.

The dignitaries highly appreciated the role and contributions of Pakistan Navy in maintaining peace and stability in the region.

Admiral Muhammad Zakaullah also cited recent conduct of Multinational Naval Exercise AMAN-17 by Pakistan Navy in Karachi, wherein more than 37 countries including the US participated to join hands for a common resolve of `Together for Peace'.

The President US Naval War College highly appreciated Pakistan Navy's role in maintaining peace and order in the region as well as professional competence displayed by the Pakistan Navy during Commands of Combined Task Forces 150 & 151.