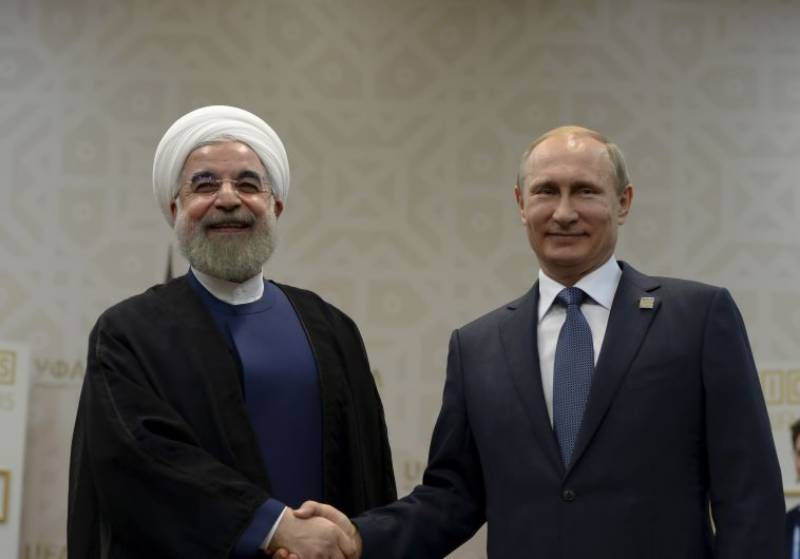 MOSCOW (APP/MNA) - Iranian minister who is in Moscow to chair Iran-Russia's Joint Commission for Cooperation said more than 11 documents are expected to be signed between the two countries during President Rouhani's upcoming visit to Russia.

The ICT Minister Mahmoud Vaezi made the remark during the talks of the Iranian delegation with the Russian side in Moscow, adding "we had good talks on oil and gas cooperation and it was decided that negotiations would continue to finalize the contracts in the remaining time before President Rouhani's visit to Moscow in late March."

Vaezi maintained that in addition to the documents currently being prepared to be signed during Rouhani's visit, the two sides were hoping to reach an agreement on a roadmap for medium or long-term cooperation.

According to Vaezi, the oil-gas contract currently being negotiated between the sides includes a daily export of 100,000 barrels of Iranian oil to Russia.

"Although the value of trade ties between Tehran and Moscow had a 70-80 per cent increase in 2016 as compared to 2015, the capacity for cooperation between the two sides is much higher than this," he said. "Luckily, we have made good progress on customs relations, such as reaching an agreement on creating a 'green customs corridor' to facilitate the cargo transportation."

Vaezi also called for the improvement of banking ties, implementation of joint projects in Iran such as railway electrification from Garmsar to Incheh Borun, as well as closer economic cooperation between Tehran and Eurasian Union.

In addition to trade cooperation, Iran and Russia hold close ties on various regional activities such as the fight against terrorism and oil policies.