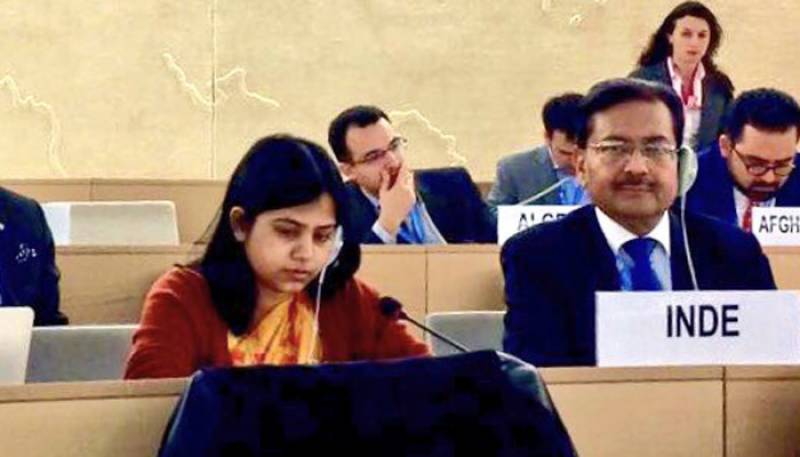 Delhi: Even as Pakistan is planning to declare the strategic Gilgit-Baltistan region as the fifth province, India on Wednesday slammed the neighbouring country at the United Nations and said that a part of Indian territoriesremained under their illegal occupation.

"Once again Pakistan delegation has chosen to misuse Human Rights Council to make fallacious references about internal matters of J&K. A part of the territories of our state remain under forcible and illegal occupation of Pakistan," Indian diplomat Nabanita Chakrabarty said at UNHRC, Geneva.

"Apart from becoming world's terrorism factory, Pakistan has also alienated its own people through continued mistreatment of minorities," India added, as per ANI.

Meanwhile, Pakistan's minister for inter-provincial coordination Riaz Hussain Pirzada told Geo TV that a committee headed by Advisor of Foreign Affairs Sartaj Aziz had proposed giving the status of a province to Gilgit-Baltistan.

"The committee recommended that Gilgit-Baltistan should be made a province of Pakistan," Pirzada said yesterday, as per PTI.

He also said that a constitutional amendment would be made to change the status of the region, through which the USD 46 billion China-Pakistan Economic Corridor (CPEC) passes.

Gilgit-Baltistan is treated as a separate geographical entity by Pakistan. It has a regional assembly and an elected CM.

It is believed that China's concerns about the unsettled status of Gilgit-Baltistan prompted Pakistan to change its status.

According to an earlier report in Dawn newspaper, Pakistan was mulling to elevate the constitutional status of the region in a bid to provide legal cover to the CPEC.

The move could signal a historic shift in the country's position on the future of the wider Kashmir region, the paper had quoted experts as saying.