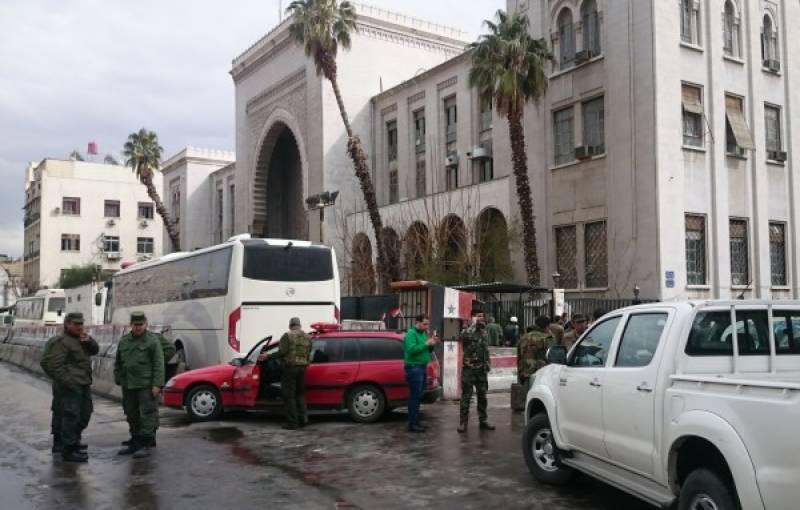 DAMASCUS: (APP) Two bomb blasts hit Damascus Wednesday including a suicide attack at a central courthouse that left at least 25 dead, as Syria's war entered its seventh year with the regime now claiming the upper hand.

There was no immediate claim of responsibility for the bombings, the second wave of deadly attacks in the capital in less than a week after twin bombings killed 74 on Saturday.

But they came with the rebels fighting President Bashar al-Assad's regime increasingly divided and dispirited after a series of battlefield setbacks.

Negotiations to end the conflict have meanwhile made little progress, with rebels this week declining to attend negotiations in Kazakhstan.

Wednesday's first attack saw a suicide bomber rush inside the building and blow himself up when police tried to prevent him from entering the courthouse in the centre of Damascus, state media reported.

Citing a police source, state news agency SANA put the initial death toll at 25 and said there were many wounded.

An AFP correspondent at the scene in the Hamidiyeh neighbourhood said security forces had cordoned off the area and roads leading to it were blocked as ambulances and firefighters rushed to the building.

"We were terrified because the sound of the explosion was enormous," a lawyer in the building during the attack told AFP.

"We took refuge in the library which is on a higher floor," the lawyer said, speaking on condition of anonymity. "It was a bloody scene."

The second blast hit not long after in the city's Rabweh area, an alert on state television said, but no further details were immediately available.