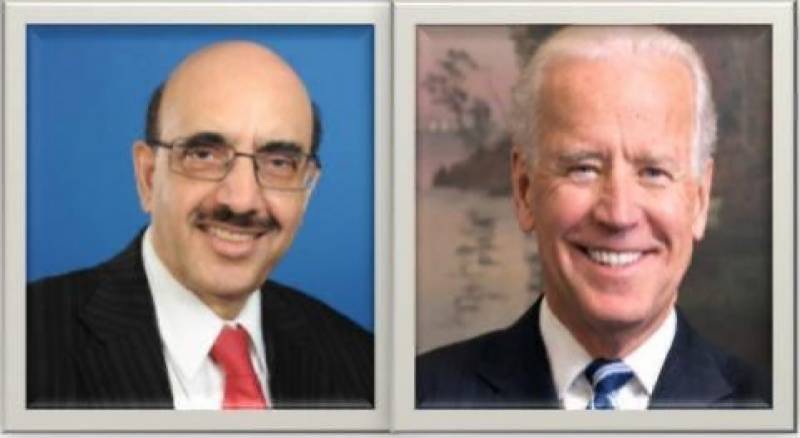 NEW YORK – Sardar Masood Khan, Pakistan Ambassador to the United States, visited the White House to meet and greet President Joe Biden and have an official photograph with him which is an established tradition here in Washington D.C.

During the ceremony, the US President and the Ambassador had a brief conversation on building a strong basis for moving the US-Pakistan ties forward.

Ambassadors of 46 different countries also attended the meeting to have an official photograph with the US President one by one. Due to COVID restrictions, they were also unable to meet the president.

Following the appointment of a new ambassadors to the US, a traditional ceremony is held at the White House where the new envoys present their credentials which also conforms to their appointment.

Ambassador Masood Khan arrived in Washington D.C. on 25th March 2022. On that day his credentials were received by the US Chief of Protocol and he was designated as “Appointed Ambassador”.