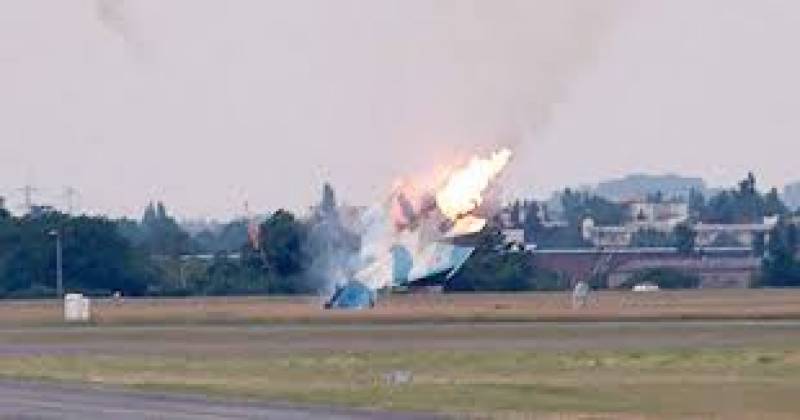 ISLAMABAD-London,A US fighter jet on a training mission from a British Royal Air Force base in eastern

England, crashed in the North Sea on Monday, the US Air Force said.

"A US Air Force F-15C Eagle crashed at approximately 0940 (0840 GMT) today (Monday) in the North Sea," USAF Captain Miranda T Simmons said. The cause of the

crash is unknown and the fate of the pilot was not immediately established, she added.(AFP/APP)