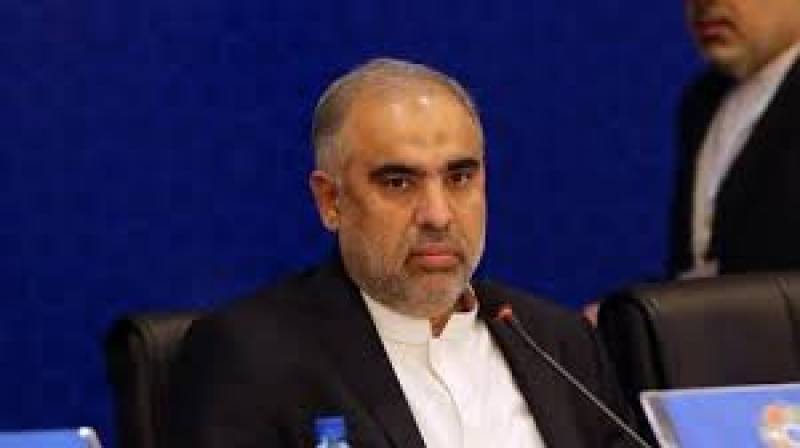 ISLAMABAD-Speaker National Assembly Asad Qaiser Monday took notice of the farmers concerns on disbursement mechanism of subsidy for fertilizers and pesticides. Asad Qaiser who head the Special Committee on Agricultural Products stated that Ministry of National Food Security and Research in collaboration with the provinces should timely devise a mechanism to transparently disburse the subsidy to farmers and ensure that the subsidy reached the farmers in letter and spirit. The Special Committee passed a resolution for facilitating mango export to regional countries and beyond. The Speaker National Assembly presided the meeting of the Special Committee on Agricultural Products at Parliament House here.

Federal Minister for National Food Security and Research Syed Fakhar Imam stated that after the 18th amendment, agriculture was predominantly a domain of the provinces. He added that the Ministry of National Food Security and Research was steering the broader policy on fertilizers subsidy rely on the provincial implementation capacity. He added that the ECC had approved a significantly larger subsidy of Rs. 37 billion for fertilizers and pesticides and the government would ensure that the subsidy transparently reached to the farmers. The members of the committee and special invitees including Asad Umer, Makhdoom Shah Mehmood Qureshi, Syed Naveed Qamar and Dr Fehmida Mirza urged the Speaker National Assembly to urgently convene a meeting with all the provinces and decide the disbursement mechanism for subsidy on fertilizers and pesticides. The Speaker will preside the meeting with the provincial agriculture departments next Monday.

The committee also deliberated on hurdles to Pakistani mango exporters particularly the upward revision of freight charges by Pakistan International Airlines and logistical issues at the Taftan border. The committee urged the CEO PIA to review the freight charges for mango export and report to the committee. The committee was informed that Pakistan exported more than 14,000 tons of mango worth Rs 400 million to Iran each year. In the wake of the COVID-19 crisis and subsequent restriction of transboundary movement, the government of Pakistan and government of Iran mutually agreed to open the border for three days per week from 08:00 am to 02:00 pm for vehicles carrying traded goods. The Iranian vehicles were allowed to enter Pakistan and on their way back, carry Pakistani goods to Iran. However, Pakistani trucks were not allowed to enter Iran. The number of Iranian containers were not only lesser in number but predominantly larger number of them carry LPG from Iran thus rendering them unfit to carry mango shipments from Pakistan on their way back.

Owing to the perishable nature of the product and inordinate delay in permission for trucks to enter Iran through Taftan border results in significant losses to mango exporters as well as loss of foreign exchange to the country. The committee recommended that the Ministry of Interior should take appropriate and urgent trade-facilitative measures during COVID-19 for opening operation at Taftan border, five days a week, during the mango season with extended timings to facilitate mango exports to Iran. Additionally, the committee recommended that the Pakistani vehicles carrying mango shipments should be allowed to transport mango at Iranian ports or arrangements for a minimum of 100 containers should be made which can transport mangoes to Iran excluding containers/vehicles carrying LPG.

The Speaker called the Federal Minister for Interior on Tuesday to find a solution to the issue.

On the sidelines of the meeting, the speaker urged the Minister for Energy to address the farmers concerns on electricity tariff, tube wells bills installments and forensic audit of the electricity bills of the farmers.