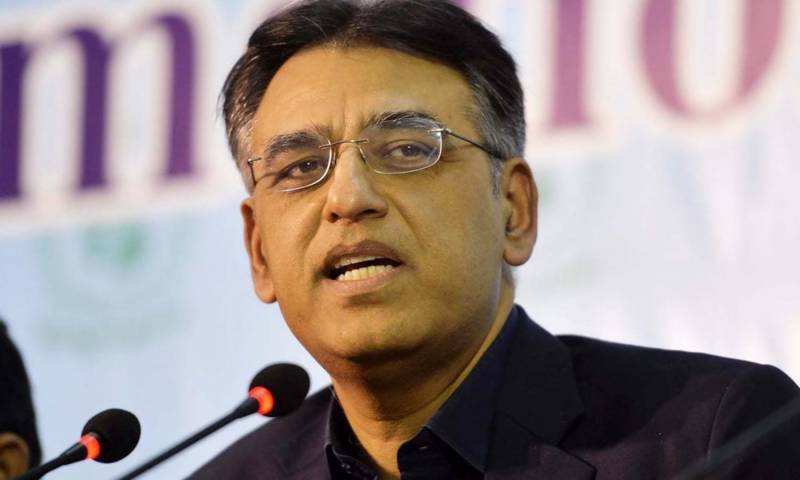 ISLAMABAD-Minister for Planning, Development, and  Special Initiatives Asad Umar on Monday said that following its agenda of promoting social sector, the Pakistan Tehrik-i-Insaf government had increased the development budget of the sector from 29 percent of total Public Sector Development Programme (PSDP) 2019-20 to 38 percent of PSDP 2020-21.

In a media briefing here, he said that despite the lockdowns due to coronavirus, the government had spent record development funding of Rs 28 billion on Higher Education Commission during the outgoing year against Rs 18.4 billion last year, while for next fiscal year an amount of Rs 35 billion was allocated for the sector.

“This scheme is a multipurpose  however health and short term employment generation are two main sectors of emphasis in this scheme and out of these two , health is the major component,” he added.

The minister added that in order to provide people quality health care facilities in small cities and to release pressure on  hospitals in big cities, the government was considering to announce a uniform package to upgrade all the district headquarters hospitals across the country.

He said for projects under China Pakistan Economic Corridor (CPEC), an amount of Rs 77 billion had been set aside for the fiscal year 2020-21.

The CPEC projects which would receive major portion of funding include Burhan-Hakla motorway, Zob-Kuchlak road and Yarik-Zob road.

Similarly he said funding for Lahroe-Matiari electricity distribution and transmission project which was scheduled to be completed next financial year Lahore were also allocated.

The historic railway project Mainline-1 (ML-1) project was going to be implemented from next year and Rs 6 billion had been set aside for the project.

He explained that this project would be completed in nine years in collaboration with China who would fund 90 percent of total cost of the project.

He informed that physical work on this project was expected to be started from March next year.

He said under CPEC, two big power projects Hub China and Engro China power plants with total capacity of around 2000 MW would be completed next year.

Likewise, he said three Special Economic Zones (SEZs) including Rashakai, Allama Iqbal and Bostan SEZ under CPEC were also approved while Lasbela industrial state in Balochistan had also been included among SEZs.

To a question about Dhabeji economic zone, he said the Sindh government had almost completed work on it but due to coronavirus it could not be finalized by now.

The minister said funding for water projects in Balochistan and Sindh, Kachi canal, Nolang dam and Sindh Barrage had also been allocated.

For Karachi, he said special allocation was made for Karachi Circular Railway, and K-4 water projects.

He said for Greenline Rapid Transport System in Karachi, 100 percent funding of Rs 11 billion been allocated which would be completed during next year.

Similarly he said for the biggest problem of sewerage system in Karachi, the funding were increased in PSDP 2020-21 and the project would be completed with the help of Sindh government.