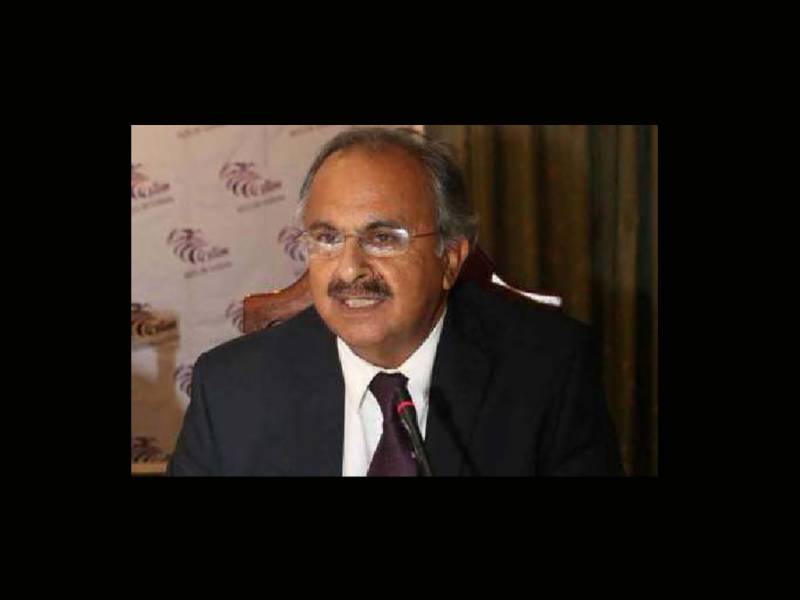 Opening debate on budget at the floor of Senate, he said the economy could be improved through growth in the agriculture, industry and services sector and by controlling expenditure.

He urged that revenue collection should be increased, adding the government wanted to collect Rs5.5 trillion in taxes and its efforts should be supported to collect taxes.

The agriculture sector which was 20 percent of GDP should be promoted, package should be announced to encourage exporters and their issue of refund should be resolved, he continued.

He said PML-N was ready to extend services of its leaders like Sartaj Aziz, Shahid Khaqan Abbasi, Ishaq Dar and Ahsan Iqbal to advise government on economic matters.

The PML-N also paid the loans of Paris Club rescheduled during the time of Pervez Musharraf.

He said change in financial team of PTI was not the fault of the PPP and PML-N, adding the PTI needed to restore economy of the country. He told that 22 international financial institutions including Japan External Trade Organization (JETRO), Morgan Stanley, Goldman Sachs, Moody International, Wall Street Journal, Economist, World Trade Organization, FATF, Standard and Poor and Fitch appreciated Pakistani economy under the leadership of Nawaz Sharif.

According to the international institutions, at one time Pakistan was set to enter G-20 countries, he added.

Senator Abdul Qayyum said at present inflation was at 9 percent and would rise further to 11 to 13 percent. During PML-N government it was at four percent, he added.

He said the prices of petrol in the international market were stable, but in Pakistan went up, adding accumulation of debt and taking loans were not the way to improve economy.

He said devaluation of rupee was a recipe for disaster and even a country like China did not pursue the policy of free float of currency. The devaluation of currency in Turkey, Malaysia and Venezuela created severe economic difficulties for them, he added.

He said the government would have to create a balance between monetary and fiscal policies.

He said as the large scale manufacturing sector of Pakistan lacked capacity and the industry was in a bad shape, devaluation was not the way forward to increase exports. Budget lacked concrete measures to provide relief to the masses. Business community and people were not satisfied as major cut had been made in the development budget and all targets set for the current year had been missed, he added.

He said slashing development budget would not only increase unemployment in the country but would also affect socioeconomic condition of the people.

He said our sovereignty was already at stake due to anti-Pakistan elements and in such a scenario defence budget should not be frozen.

Qayyum said although militancy was considerably controlled but was not yet completely wiped out. Due to porous borders, the country was facing various threats and everybody had to remain vigilant on the ongoing China Pakistan Economic Corridor, he added.

Sherry Rehman of PPP Parliamentarians while taking part in the debate criticized the government for presenting anti-people budget and said the budget was presented on advice of International Monetary Fund.

She said the government presented a record deficit budget in the country’s history.

She said in the past, 22 times, Pakistan got the financial assistance from IMF but this time, even the cabinet was not aware about the conditions of the IMF package.

She alleged excessive loans were obtained during last 10 months and the Parliament was also not taken into confidence. Billions of dollars of loans were being borrowed from the commercial banks which was a matter of great concern.

Sherry said the purchasing power of middle class people had decreased due to increasing prices of various commodities. Heavy taxes were imposed on edible items including sugar, she added.

Terming the budget anti-growth, she said even the salaried class was not spared and several tax slabs were imposed on it. Sherry said there was dire need to broaden tax base adding that tax amnesty scheme would not help collect revenue.