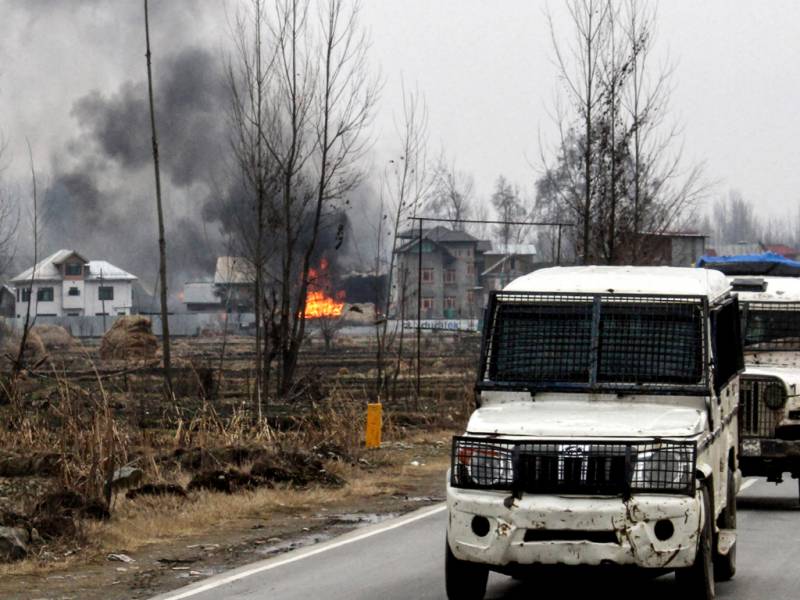 ISLAMABAD: Indian troops in their fresh act of state terrorism martyred two Kashmiri youth in Pulwama district, on Friday. According to Kashmir Media Service (KMS), the troops martyred the youth during a violent cordon and search operation at Braw Bandina in Awantipora area of the district.

The operation continued till last reports came in. The troops also launched similar operation at Nehama in Tral area of the district. Meanwhile, illegally detained brother of a martyred youth from Kulgam district of occupied Kashmir is being denied treatment at Karnal District Jail in Haryana for a grave leg injury caused in detention.

The family of the detained youth fears that he might face amputation of the leg with further delay in the treatment.

Troubling them more is the fact that the family members are not being allowed to meet him in the jail. Sartaj Ahmed Dar and Abrar Ahmed Dar, residents of Sopat in Kulgam district, are brothers of martyr, Shakoor Dar.

They were arrested on June 21 last year, days before their brother was martyred by Indian troops during a cordon and search operation on June 24. On the other hand, Indian police have arrested two students in Tral area of Pulwama district.