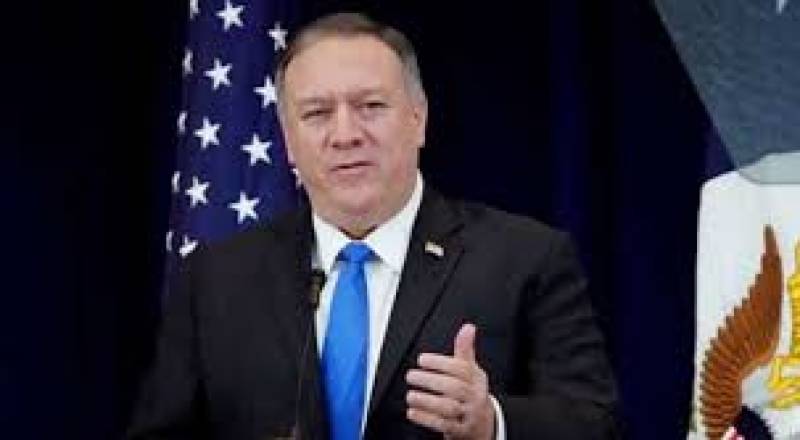 ISLAMABAD-Washington,US Secretary of State Mike Pompeo on Wednesday opened the way for tougher sanctions to stop the Nord Stream 2 gas pipeline that Russia is building to US ally Germany.

"Our expectation is that those who participate in the continued project will be subject to review for potential consequences," Pompeo told a news conference.

But while those sanctions focused on technical assistance, the separate Countering America's Adversaries Through Sanctions Act lays out harsh measures that can include severing access to the US financial system.

After President Donald Trump reluctantly signed the act in 2017, then secretary of state Rex Tillerson exempted Nord Stream 2 as the work on the project had begun before the law was passed.

Pompeo announced revised guidelines to lift that exemption, allowing Nord Stream 2 participants to be hit by the broader sanctions.

His decision does not in itself authorize any action, which still needs to be determined by the administration.

Germany had voiced anger over the earlier sanctions, saying that they interfered in its internal affairs.

But Chris Robinson, a senior US diplomat handling Russia, noted that some other European allies felt differently.

"We are adding our voice to those European voices today that are concerned about Russian aggression," Robinson told reporters.

"The tools that we have made available today help reinforce that message," he said.

Germany, despite political differences with Russia, sees the project as ensuring a more stable source of energy to Europe's largest economy.

But critics say that the pipeline will let Russia take a detour from Ukraine, which is battling Russian-backed separatists.

The Kremlin has continued to push Nord Stream 2 in its effort to exploit and expand European dependence on Russian energy," said Frank Fannon, the assistant secretary of state for energy resources.

"Ukraine's energy infrastructure serves as a deterrent to Russian aggression. Yet the Kremlin now seeks to undermine Ukraine, by making that infrastructure obsolete," he said.

Russian President Vladimir Putin said in January that he hoped the project would be completed by early 2021 after "several months" of delay caused by the US sanctions.

The latest US action comes despite Trump's efforts to build relations with Putin, including inviting him to an expanded summit of the Group of Seven industrial democracies.

But Trump has tense relations with  German Chancellor Angela Merkel and has been harshly critical of her over the pipeline, earlier saying Berlin was "captive" to Russia.