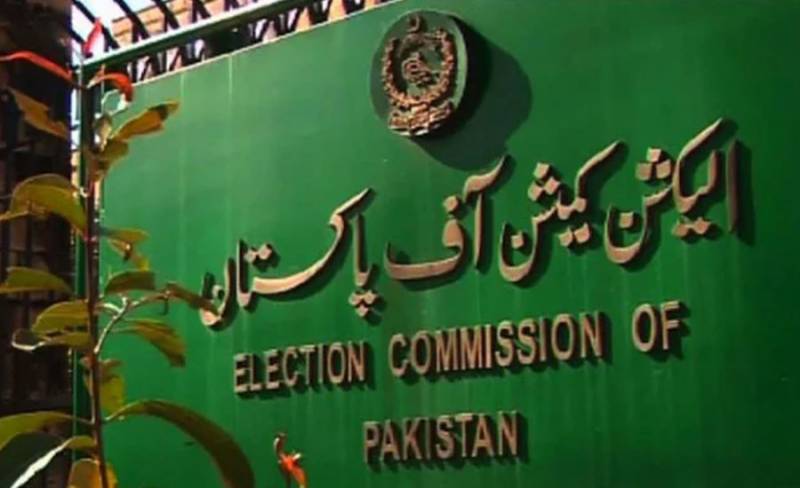 ISLAMABAD - The Pakistan Tehreek-e-Insaf (PTI) has submitted a new application to the Election Commission of Pakistan (ECP) for conducting daily hearing of foreign funding case against PML-N and PPP on Friday.

According to the details garnered, in its application, PTI leader Farrukh Habib sought expediting scrutiny process against PML-N and PPP in foreign funding case.

Speaking to the journalists after submitting the new plea, Farrukh Habib claimed submission of ‘foreign funding proofs’ against the PML-N and the PPP.

“We had filed a petition against PML-N in 2017 and so far, dozens of session of the [ECP] scrutiny were conducted. "We have submitted another plea to the Chief Election Commissioner (CEC) today and sought daily hearing of the case. Till today, no decision is made despite having clear guidance of the Supreme Court (SC).”

“What is the meaning of non-submission of records by PML-N and PPP?” Both political parties are just wasting the time of the ECP’s scrutiny committee and the fact have been revealed now, said Farrukh Habib. He claimed that PML-N is also facing an allegation of toppling late Benazir Bhutto’s government after receiving funds from Osama Bin Laden.

Habib said that PPP had hired a lobbyist in the United States (US) to get NRO which was mentioned in the records of US Justice and Law Foreign Act 1938 to whom they paid over $3 million after 2008.