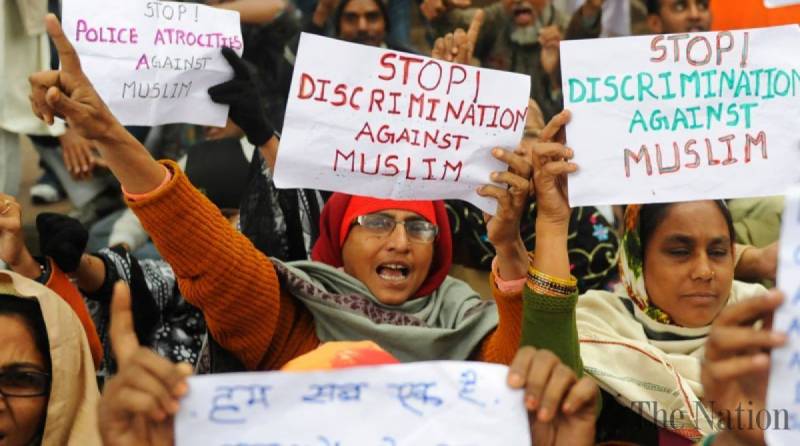 This concern was expressed by the British parliamentarians in a debate secured by MP Jim Shannon at the Westminster Hall on Thursday, terming as “most worrying and disturbing” the situation in India with regard to minorities, particularly Muslims, Christians and other ethnic groups.

MP Jim Shannon said despite Indian Prime Minister Narendra Modi’s pledge to commit to “complete freedom of faith” since his election in 2014, there had been a significant increase in anti-minority rhetoric.

He quoted IndiaSpend’s analysis of Indian Home Ministry data, showing a 28 percent rise in communal violence between 2014 and 2017, with 822 “incidents” being reported in 2017, which resulted in the deaths of 111 people and wounding of 2,384 people.

A recent Pew Research Center report, he said, revealed that India had the highest level of “social hostility and violence based on religion or belief of any country in the world”.

He mentioned that COVID-19 pandemic had further exacerbated problems as Muslims were accused of “deliberately spreading the virus” and labelled as “bio-terrorists” and “corona-jihadists”.

Similarly on 25 November 2020, he said, an estimated 100 Christians from Singavaram village in India’s Chhattisgarh state were attacked as the mob burnt their Bibles and accused their victims of destroying the local culture by following a foreign religion.

He hoped to meet the Indian High Commissioner next week on the issue of persecution of minority group in India.

He mentioned that 80 year-old Father Stan Swamy, an advocate for the rights of the poor and marginalised in India for 50 years, has been unjustly held captive by the National Investigation Agency of India for alleged Maoist links.

Jim Shannon expressed anger at the spread of anti-conversion laws in India, restricting the freedom of individuals to freely convert and deny their right to freedom of religion or belief.

According to the US Commission on International Freedom of Religion or Belief, the Indian authorities predominantly arrest Muslims and Christians for conversion activities, whereas mass conversions to Hinduism often take place without any interference from the authorities.

“They have double standards, powered by the anti-conversion laws and often with the police’s complicity, right-wing groups conduct campaigns of harassment, social exclusion and violence against Christians, Muslims and other religious minorities across the whole country,” he said.

MP Sir Edward Leigh (Gainsborough) said the Indian government had undoubtedly set an anti-Christian and anti-Muslim tone with a fact that violent intimidation at street level did the most harm.

Bishop Gerald Almeida of Jabalpur said, “It is a cause of concern with the Church because Christians are being killed and beaten…There are much more attacks than ten years ago. Fundamentalism is a real problem.”