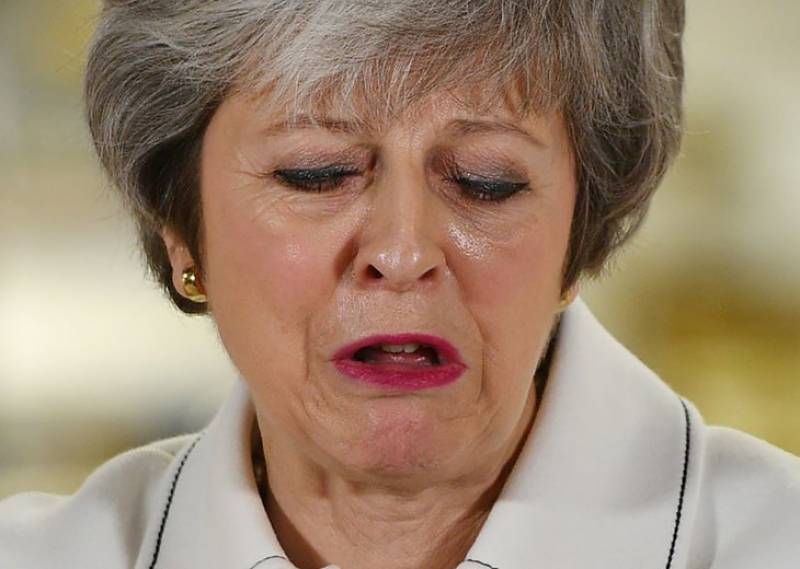 LONDON - British Prime Minister Theresa May faces crushing defeat in a historic vote in parliament on Tuesday over the Brexit deal she has struck with the European Union, leaving the world's fifth biggest economy in limbo.

With just over two months to go until the scheduled Brexit date of March 29, Britain is still bitterly divided over what should happen next and the only suspense over the vote is the scale of May's defeat.

The British leader's last-minute appeals to MPs appear to have fallen on deaf ears and how much she loses by could determine whether she tries again, loses office, delays Brexit or if Britain even leaves the EU at all.

"When the history books are written, people will look at the decision of this house... and ask: did we deliver on the country's vote to leave the European Union," May asked MPs on the eve of the vote, expected from around 1900 GMT.

A German government spokesman on Tuesday denied a report in The Sun tabloid that German Chancellor Angela Merkel had suggested to May in a phone-call that the EU could grant extra concessions in the event of a defeat. "The chancellor has given no assurances," he said.

Opposition to the deal forced May to postpone the vote in December in the hope of winning extra concessions from Brussels but EU leaders offered only a series of clarifications and have ruled out re-negotiating the deal.

The vote is the climax of over two years of intense national debate after the shock Brexit referendum of 2016 -- a result that mostly pro-Remain MPs have struggled with.

Hardline Brexiteers and Remainers oppose the agreement for different reasons and many fear it could lock Britain into an unfavourable trading relationship with the EU.

Pro- and anti-Brexit campaigners rallied outside parliament ahead of the vote. One placard read "EU Membership is the Best Deal", another said: "No Deal? No Problem!"

Uncertainty over Brexit has hit the British economy hard. The Society of Motor Manufacturers and Traders (SMMT) lobby group on Tuesday warned MPs that Britain crashing out of the EU would be "catastrophic".

Financial markets will also be watching the result very closely, with several currency traders roping in extra staff around the time of the vote and at least one putting a cap in trades to avoid excessive currency movements. Rather than heal the divisions exposed by the Brexit referendum, the vote has reignited them. Pro-European MPs campaigning to force a second vote say they have faced death threats and harassment outside parliament.

Brexit supporters around the country have also voiced growing frustration with what they see as parliamentary blockage of their democratic vote.

Criticism is focused on an arrangement to keep open the border with Ireland by aligning Britain with some EU trade rules, if and until London and Brussels sign a new economic partnership which could take several years.

May has offered parliament greater oversight of this so-called backstop and EU leaders have also given written assurances that the arrangement would not become permanent.

A handful of Conservative MPs have changed their minds to back the deal but the core of May's critics say she has not done enough.

Sammy Wilson, Brexit spokesman with the Democratic Unionist Party (DUP), the Northern Irish party on whom May relies for her Commons majority, told the BBC his party would not be forced into backing the deal by fears over the border.

Opposition Labour leader Jeremy Corbyn said May had "completely and utterly failed" to ease MPs' concerns and said if she loses the vote on Tuesday night, she must call an election.

His party has said it will call a confidence vote in her government "soon" after the virtually certain defeat.