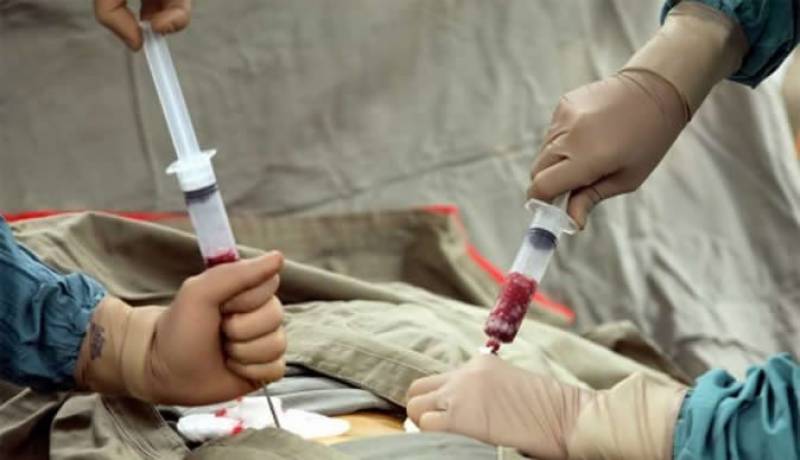 HAFIZABAD:Atleast 24 poor and illiterate girls, whose bone marrow/fluid/blood was extracted by the racket, have been medically examined in the DHQ Hospital Hafizabad so far and the samples got from the girls have been sent to the Forensic Science Laboratory.

According to MS DHQ hospital Dr Rehan Azhar, five badly affected girls have been referred to Lahore for medical

treatment. Moreover, the ring leader of the imposters Nadeem Iqbal and Sajid, a sanitary worker of Urology Ward of DHQ Hospital have been sent to Lahore for their Polygraph Test.

According to police, two more FIRs have been registered against the accused under section 324/420/170/171 PPC and

Anti-Terrorists Act against the accused.

Police have already arrested ring leader of the racket Nadeem Iqbal, Irfan, Muhammad Aslam Hunjra and his wife Amina Bibi and Sajid who have been remanded to police custody till Thursday.

Meanwhile, the five-member special committee headed by Deputy Commissioner Saleha Saeed has started inquiry into the incident which will be finalised within next two days.APP/AFP