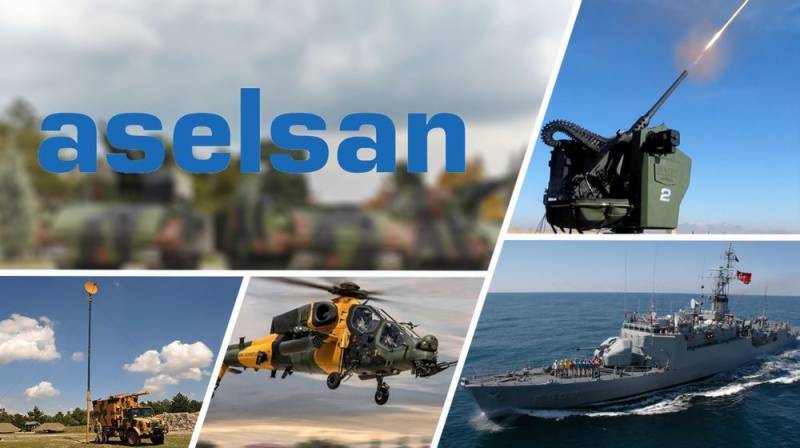 The company is looking to strengthen its marketing openings as it is aiming to expand its defense transactions with Pakistan. It is also likely to open its base in Ukraine as well, according to the Turkish media.

Turkey and Pakistan are traditional allies who have a close and harmonious relationship. The recent consolidation of defense interests is unprecedented and it signifies a convergence of national interests of both the nations. Pakistan has growing defense industry and wants to gain ground in the global market. ------------------------------

Aselsan revealed that in November 2019, the company got a €176.9 million contract from ASFAT A.Ş (Military Factory and Shipyard Management Inc) to supply subsystems for the Pakistan Navy’s four MILGEM (i.e., Jinnah-class) multi-mission corvettes/light frigates. This was Aselsan’s second largest contract involving Pakistan – the first was a $254.73 million US deal in July for the Pakistan Army’s T129 ATAK attack helicopter program.

Back in July 2018, Pakistan’s Ministry of Defence Production (MoDP) signed a contract with ASFAT A.Ş for the four MILGEMs. The value of the Pakistani MILGEM contract is reportedly US$1.5 billion. The four ships are due for delivery to the Pak Navy by 2023-2024, with the first ship set to arrive in 2022-2023.

In the interim, Pakistan is a top buyer of military hardware from ASELSAN — as of late, on May 19, Pakistan Navy brought ‘torpedo rockets’ from ASELSAN, which is created to counter short proximity activities.

It currently sells its products to 65 countries, and the company is aiming to expand its defense transactions.

The company also has offices in Azerbaijan, the Philippines, Qatar, Jordan, Kazakhstan, Saudi Arabia, Malaysia, South Africa, the United Arab Emirates and Northern Macedonia. The localization efforts of the company in the countries it operates boost its export capacity. The offices are run by Turkish general managers and employ local staff.

ASELSAN is expected to close 2019 with $2.9 billion in revenue as compared to $1.87 billion in 2018. According to the Defense News Top 100 list 2018, ASELSAN ranked 52nd in the list with $1.8 billion in defense revenue last year. Another report published by the Swedish-based Stockholm International Peace Research Institute (SIPRI) on Monday also revealed that ASELSAN ranked 54th among the largest 100 defense companies.