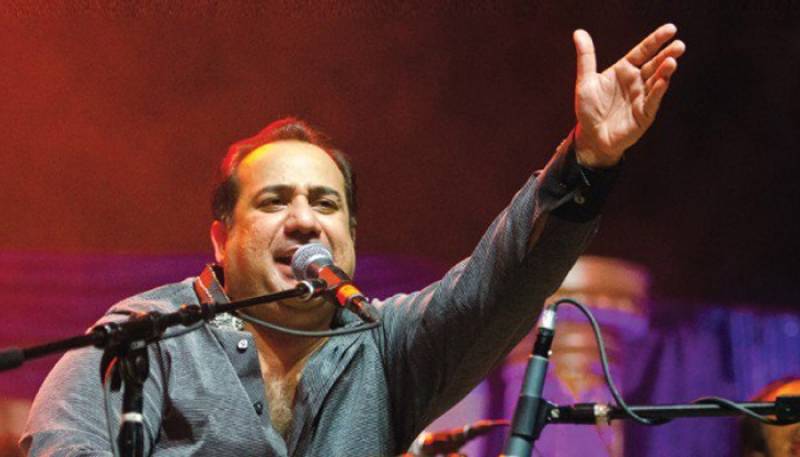 In celebrations of Pakistan's Independence Day, maestro of classical singing Rahat Fateh Ali Khan performed in a live musical concert  at the embassy of Pakistan in the United States late on Tuesday.

The event was a part of Pakistan's Independence Day celebrations, Rahat Fateh Ali — the nephew of the late, world-renowned singer Ustad Nusrat Fateh Ali — He enthralled music-lovers with his performance which  captivated the audience for hours.

Scores of Pakistani Americans attended the event besdies Pakistan's Ambassador to the US Ali Jahangir Siddiqui, US Principal Deputy Assistant Secretary of State for South and Central Asian Affairs Alice Wells and other officials of both countries.

Addressing the ceremony, Alice Wells acknowledged Pakistan's sacrifices against terrorism, adding; "US is eager to work with Pakistan for peace and stability in South Asia.