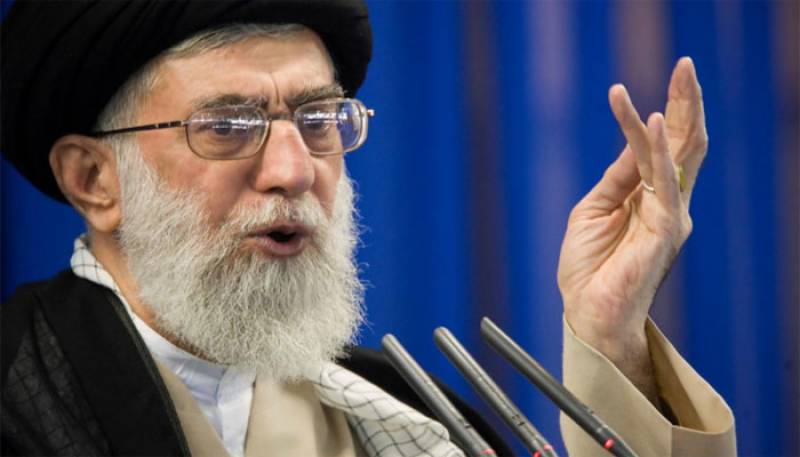 He admitted he made a mistake in allowing the country’s foreign minister to speak to his U.S. counterpart during negotiations that led to a 2015 international nuclear agreement.

International sanctions on Iran were lifted when the pact with world powers came into force in 2016, but the expected level of foreign investment to help revive the economy has never materialised. Then this May President Donald Trump pulled out of the agreement and is now reimposing U.S. sanctions in stages.

Khamenei, who rarely admits in public to making errors, said he had done just that over the nuclear talks. “With the issue of the nuclear negotiations, I made a mistake in permitting our foreign minister to speak with them. It was a loss for us,” he said.

The comments made by Khamenei, the highest authority in the country, were tweeted on Wednesday by the Khat-e Hezbollah newspaper, a weekly affiliated with his official website.

Khamenei made the remarks on Monday, but the newspaper said it was now quoting them due to inaccurate accounts published previously by other media.

Foreign Minister Mohammad Javad Zarif negotiated the deal with counterparts from six powers, including then U.S. Secretary of State John Kerry. Tehran undertook to curb its nuclear programme in return for relief from the international sanctions which have been throttling its economy.

New U.S. sanctions against Iran took effect last week, and Trump said companies doing business with the country will be barred from the United States. Washington had said Tehran’s only chance of avoiding the sanctions would be to accept an offer by Trump to negotiate a tougher nuclear deal.