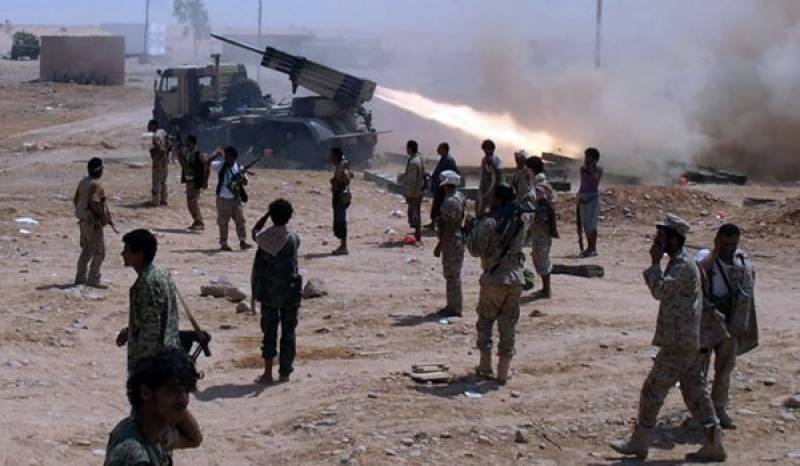 The Saudi army's weapons cache in al-Taleh region of Najran province was fully destroyed after it caught fire in the Yemeni forces' artillery shelling.

Meantime, a military source close to the Yemeni army also confirmed the destruction of the Saudi-led forces' arms depot in Yemen's attack.

"Three Saudi soldiers were killed in exchange of fire with the Yemeni forces," the military source added.

In a relevant development on Monday, a spokesman for the Yemeni army confirmed the escalation of military operations with the Saudi-led coalition forces, especially in areas of strategic importance and the capture of a large number of the coalition forces in different battles.

In a telephone conversation, Deputy spokesman for the Yemeni army Colonel Aziz Rashid, said that the Saudi-led coalition is conducting its ongoing operations from the air and when it turns to ground offensives against the army and the popular committees, their forces become usually neutralized, YemenPress reported.

Rashed said that main stream media do not cover the news of casualties on the coalition or loss of equipment or on those who have been captured. "At the same time, we carry out certain operations that no one can deny or ignore."

Rashid explained that the attack on the camp Khalid bin Walid, repeated several times, "in attempts to progress within the camp and control because of its strategic importance and symbolic, since it is located between the junction of lines, and between the mountains and coastal plain area of about 12 square kilometers, so there are many hidden places that The aggression does not know anything about them. All they can do is indiscriminate bombardment and sabotage".

"We control the camp unchecked, stop their attacks, and even attack them in specific operations."

Rashed explained that the Yemeni army repulsed an alliance’s attack on Al-Wazaya, located in deep areas of Khalid Camp, a strategic area, which was recaptured during the past period with the backing of the rocket force and the coherent internal front.

"Our military media have recorded moments of gaining control over Saudi weapons," he said.