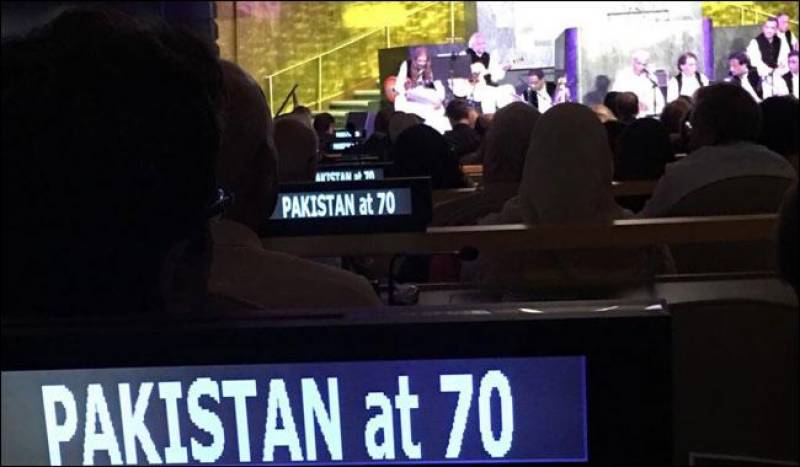 UNITED NATIONS: Pakistan marked its 70th Independence Day at the United Nations, with a concert in the prestigious General Assembly hall.

The hall of the UN General Assembly echoed with the sound of classical Pakistani music when the Sachal Jazz Ensemble performed to mark the country Independence Day.

The concert, titled, ‘Music Beyond Borders’, was aimed at spreading the message of international peace and harmony at the world stage.