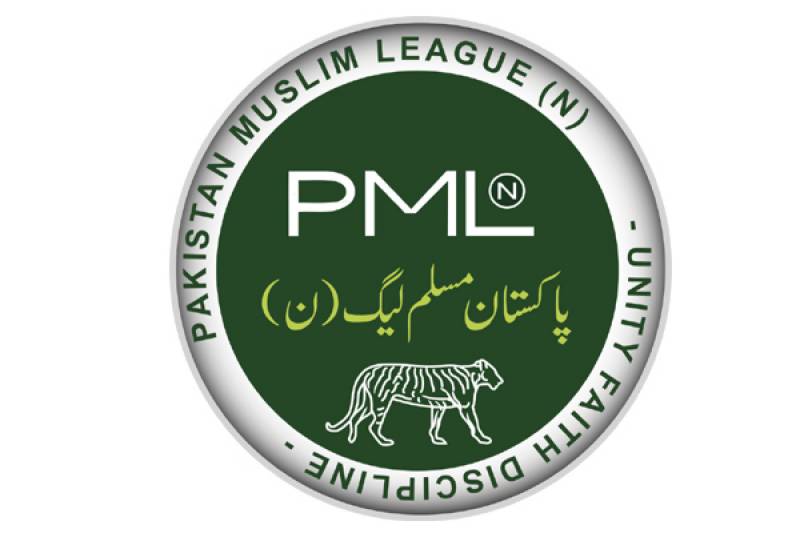 LAHORE:  Pakistan Muslim League-Nawaz (PML-N) discussed thematters pertaining to party reorganisation, future strategy for public liaison and by-election in NA-120 in a consultative meeting held here on Tuesday.
Former prime minister Muhammad Nawaz Sharif, Punjab Governor MalikMuhammad Rafique Rajwana, Punjab Chief Minister Muhammad Shehbaz Sharif, National Assembly Speaker Sardar Ayaz Sadiq, Foreign Minister Khwaja Muhammad Asif, Interior Minister Ahsan Iqbal, Federal Law Minister Zahid Hamid, MNA Hamza Shehbaz Sharif, Anusha Rehman, Senator Dr Asif Kirmani, Pervaiz Rashid, Rana Maqbool and others attended the meeting.
According to sources, the participants in the meeting also exchangedviews on future activities of Muhammad Nawaz Sharif. However, it wasagreed upon that a final decision in this regard would be taken after consulting the party leaders and workers.
The meeting also discussed ways and means for reorganisation of theparty and the recommendations regarding election campaign in National Assembly’s constituency No 120.
During the meeting, Muhammad Nawaz Sharif said that the PML-N governmenthad put the country on right track to economic development, adding that public service was the mission of Nawaz League that would be taken forward at all costs. He mentioned that he could never forget the love and warmth given by people during his recent journey from Islamabad to Lahore. PML-N would continue to advance the agenda of Pakistan’s development and people’s prosperity.
Talking to the media after the meeting, NA Speaker Sardar Ayaz Sadiqsaid that entire Pakistan was ready to welcome Muhammad Nawaz Sharif, who adopted the GT Road route to reach Lahore on the wish and demand of his friends, party workers and general public, while the warmth and compassion shown by the people was before all of us.

He added that all those means would be adopted which would be better to get closer to the people.To a question, he said that it had never said about clash with any ofthe institutions. Ruling out the opposition’s criticism about Constitutional amendment, he said that what was to happen had alreadytaken place and now we have to look forward.
He said that a meeting on the Election Reforms Bill would be held onThursday and Friday, asserting that 125 meetings in this connection had already been held.
Meanwhile, Senator Dr Asif Kirmani told the media that the PML-Nconsultative meeting did not discuss Article 62 and 63 at all andthe party had time and again stated that it had always respected the judiciary and implemented its orders in letter and spirit.
He said that Muhammad Nawaz Sharif did not challenge the judiciary as healways respected the court of law, and in his speeches, he did not name any institution but talked about conspiracy and he would disclose it on a proper time.
Kirmani said that Muhammad Nawaz Sharif was a popular leader, who waselected thrice as the prime minister of Pakistan and it was people’s affiliation and love for their great leader that was why they came out in thousands to welcome him.
He said that the meeting also discussed the matters regarding electioncampaign in NA-120, asserting that party would conduct more consultative meetings to finalise its future line of action.