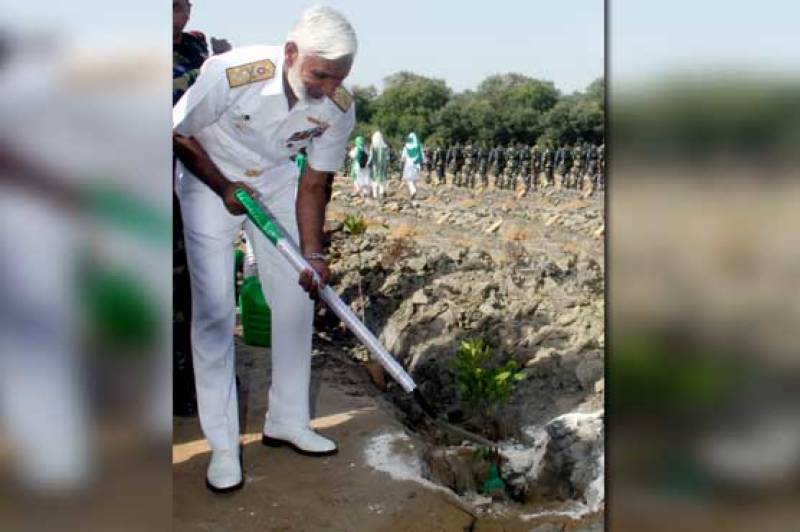 KARACHI  -  Pakistan Navy, in line with the vision of Govt of Pakistan launched “Pakistan Navy – Mangroves Plantation Campaign 2017” in the Coastal Areas of Sindh and Balochistan provinces on the eve of Independence Day.

The Campaign entails an effort to plant over one Million Mangroves in the Coastal Areas of Sindh and Balochistan provinces.

While speaking on the occasion, Chief of the Naval Staff highlighted that deforestation of mangroves has not only affected biodiversity of our coastal areas but also livelihoods of coastal communities.

Admiral Muhammad Zakaullah elaborated that these campaigns will not only increase the Mangrove forest cover but will also play a key role in awareness of masses about the importance of these forests.

The Naval Chief emphasized all the relevant Federal, Provincial institutions and all sections of the society to join hands for this noble cause. Emphasizing the importance of mangroves the Naval Chief announced that the name of the campaign be changed to National Campaign for Mangroves Plantation 2017.