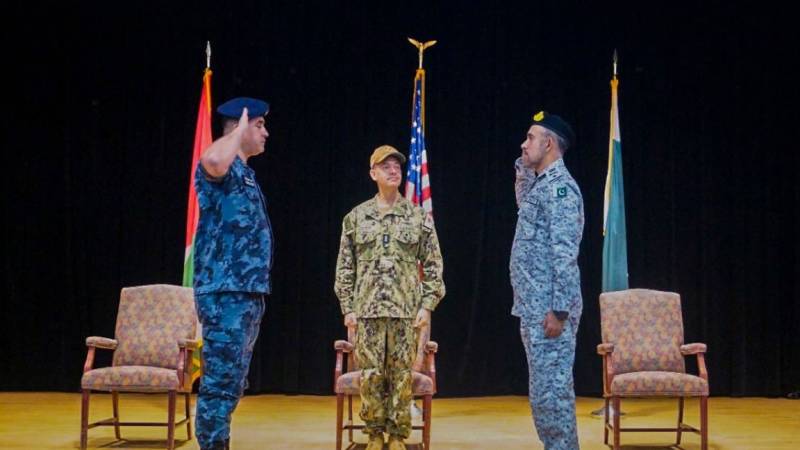 Pakistan Navy has taken over Command of Multinational Combined Task Force 151 (CTF-151) from Royal Jordanian Navy at the Change of Command ceremony held in Bahrain.

Speaking on the occasion, Commodore Ahmed Hussain assured that his team is fully prepared to shoulder this challenging responsibility.

He reaffirmed his resolve to continue operations with zeal and zest. The mission of CTF-151 is to deter, disrupt, and suppress piracy and armed robbery at sea.

The Task Force engages with regional and other partners to strengthen relevant capabilities in order to protect global maritime commerce.

The change of Command ceremony was attended by Military and civilian dignitaries, Ambassadors of Pakistan and Jordan and senior officers from other navies forming the maritime coalition.