In a worry for New Delhi, Pakistan has acquired a big nuclear baton against India: International media report
15 Apr, 2022 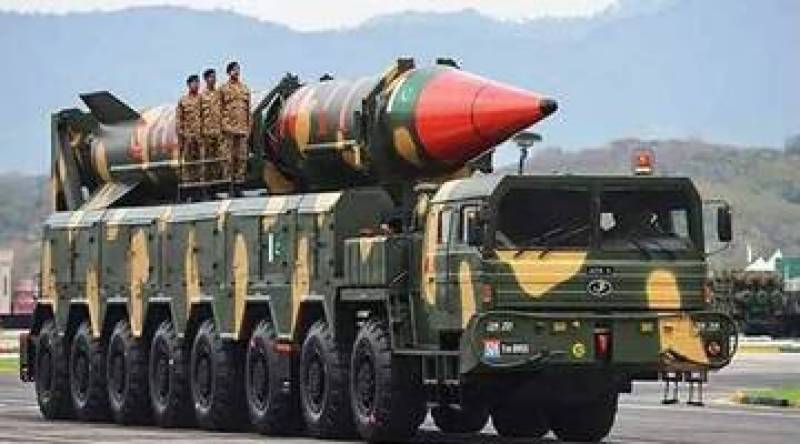 The Pakistani army announced the successful test of the Shaheen-III medium-range ballistic missile, which can be equipped with both conventional and nuclear warheads.

Pakistan has a long history of nuclear deterrence. The older Pakistani ballistic missiles could also carry nuclear warheads. However, only with the advent of Shaheen-III in Islamabad started talking about real containment.

The fact is that so far none of the Pakistani ballistic missiles have had a sufficient range to be considered a "weapon of deterrence". The most long-range rocket in the arsenal was the Ghauri liquid-fuel rocket, the firing range of which was brought up to 1,300 kilometers. But Shaheen-III is already capable of delivering nuclear and conventional warheads to a distance of 2,750 kilometers. The Pakistanis began testing the new missile in 2015. However, the first launch was not successful - the rocket burned out when entering the dense layers of the atmosphere.

For Karachi, distance is of fundamental importance - now there is not a single corner of India left that Pakistani missiles would not have reached. Since the birth of the Islamic Republic of Pakistan in 1947, India has been considered its worst enemy. The British, in dividing their Indian colony in two, took care to do so in such a way that the two countries would have sufficient reason to be at enmity with each other. Armed conflicts between them took place in 1947-1948, 1965, 1971, 1999. And today it is not calm on the border - every now and then someone shoots, even using artillery.

At one time, the former Prime Minister of Pakistan, Zulfikar Ali Bhutto, even allowed himself a completely undiplomatic statement, in any case, these words filled with hatred for Delhi are attributed to him: “If India builds a nuclear bomb, we will eat grass and leaves, we will starve, but and get the bomb ourselves. We have no other choice." The feeling of mutual hostility fuels the interest of the two countries in the creation of increasingly formidable means of mutual "deterrence and deterrence."

Quite in the spirit of the former prime minister, General Nadeem Zaki Manj also explained the need for a new missile for Pakistan. According to him, it is intended solely to reach the farthest regions of India and even its islands, so that "this country cannot use them as strategic bases for creating a second strike capability".

The Shaheen-III missile is a two-stage medium-range solid-propellant ballistic missile. Officially, it was developed by experts from the Pakistani Space and Upper Atmosphere Research Commission (SUPARCO) and the National Engineering and Science Commission (NESCOM), but Chinese rocket scientists actively helped.

In general, all rocket science in Pakistan was started by the French and Germans, who developed rockets in the 1970s and 1980s. A little later, they were replaced by designers from China, they led the theme of Shaheen solid-propellant missiles, and from the DPRK - Ghauri liquid rockets.

So Shaheen-III is essentially a Chinese product and is an improved Shaheen-II missile that was tested in 2004. The rocket is 19 meters long and 1.4 meters in diameter. It can deliver a conventional warhead weighing up to a ton to the target.

The development of Shaheen-III in Pakistan began in the early 2000s in response to the launch of the Indian Agni-III missile, which has a range of up to three thousand kilometers. The firing range for the Indians is also important, but not because of neighboring Pakistan. Delhi is already working on a more difficult task - "containment" of Beijing, with which Delhi has a territorial dispute and a number of other political contradictions.

At present, the missile development program in Pakistan is moving in several directions. Pakistani specialists, educated in Western educational institutions and, still with the support of Chinese and North Korean designers and scientists, are engaged in increasing the range and accuracy of firing, increasing the reliability of missile weapons, and are also developing promising medium-range ballistic missiles. The government is also making efforts to develop its own research and production and testing base. The goal is to reduce dependence on foreign connoisseurs.