Despite government raids, the imported government twitter trend breaks records in 20 countries of the World
15 Apr, 2022 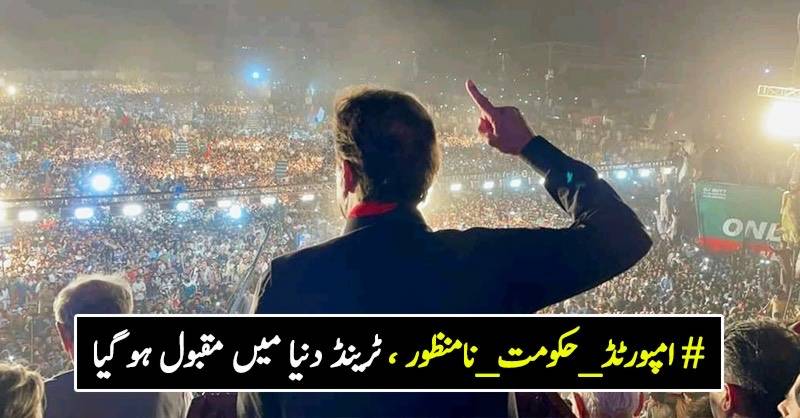 At present, the twitter trend of Imported government Namanzur is at top in 17 countries in the world.

People are not ready to accept this government in any case, this trend is actually the sentiments of the people.

Anchor Imran Riaz Khan said that this trend is not getting under control, it has gone up to six million, setting a world record, despite this trend in 17 countries, raids are being carried out only in Pakistan, under the guise that the army is being ridiculed.

The work of suppressing the political opponents is in full swing.

Imran Khan's opponents run similar trends so that people use them by mistake and the original trend come down.