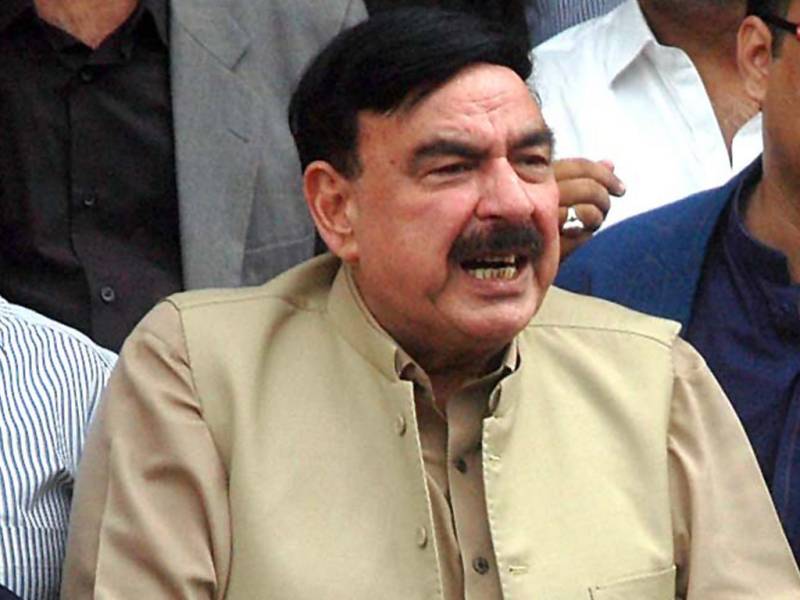 KARACHI: Federal Minister Railways Shaikh Rashid Ahmed here visited in Railway Colony the residence of the assistant train driver, Rashid Rehman, who was recently killed in a fire incident. The Railways minister offered condolences with Rashid Rehman’s father and presented a compensation cheque of Rs.10,00,000 to his father.

The minister also assured the provision of a plot to the late train driver’s widow and a job for his son from martyrs’ quota. Shaikh Rashid thanked Prime Minister Imran Khan for the compensation cheque for the heirs of the deceased and Rs. 5,00,000 for the injured of the incident. He assured the father of late driver of all out support.

Later, talking about ML-1, the minister said 150,000 people will get employment under that project. He explained that the railway track was constructed during the British rule in 1861, and now for the first time in Pakistan’s history that new railway track is being constructed. Shaikh Rashid said he wants that salary of Railway police should be equal to that of Punjab and Islamabad police. About Karachi Circular Railway (KCR), he said if it is not built now, it could not be constructed ever.

The minister said he has started three trains in Sindh while Lahore-Karachi Jinnah Express has been started recently. Moreover, he said presently 70 million passengers are traveling with Pakistan Railway, and the present government is trying to take it to 100 million. Answering to a question, Shaikh Rashid said Indian Prime Minister Narendra Modi is fanning war hysteria because of elections in India.