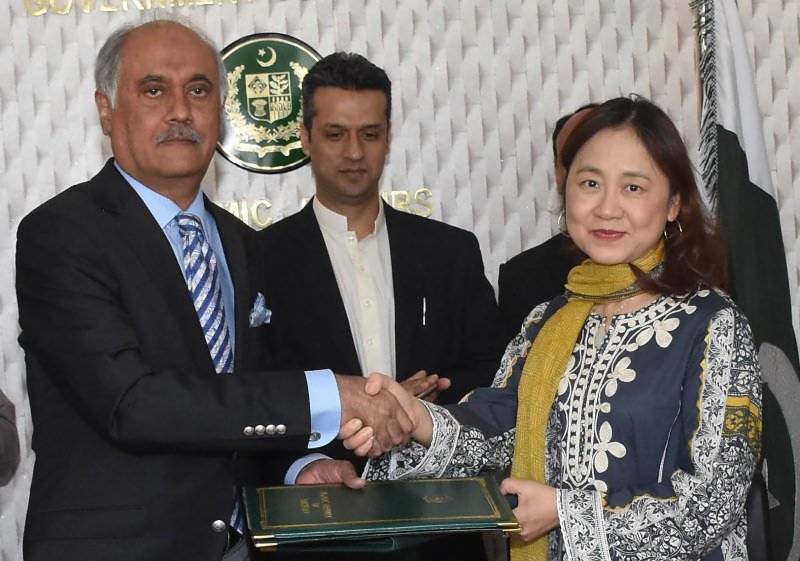 The loan agreements were signed by Xiaohong Yang, ADB Country Director for Pakistan, and Syed Ghazanfar Abbas Jilani, Secretary of the Economic Affairs Division, at a ceremony on Friday.

“The investments will build a new kharif season irrigation system and further develop PPPs in the province,” said Ms. Yang.

“The irrigation project will become part of the Indus Basin Irrigation System and increase agriculture production that will directly benefit farming families in the target area.”

“The PPP project will also strengthen capacity of the provincial government to improve key infrastructure and service delivery in the province.”

The $275 million Jalalpur Irrigation Project will develop a surface irrigation system in Jhelum and Khushab districts of Punjab by drawing water from Jhelum River at Rasul Barrage.

The project will convert over 68,000 hectares of less productive and predominantly rain-fed area into irrigated farmland benefiting 384,000 people.

The project will improve water-use capacity of 485 water user associations at each watercourse, who will participate in planning, designing, construction, operations, and maintenance of watercourses.

It will help train water user association members to better manage their agriculture and water. It will introduce modern technologies and best practices like laser land levelling and high-efficiency irrigation systems.

ADB is providing $100 million loan for a project supporting PPPs in Punjab by augmenting the government’s viability gap fund to help enhance the commercial viability of projects, as well as attract and mobilize more private sector participation in PPPs.

The project will also strengthen the development and delivery of PPP projects across various sectors that will further improve the government’s ability to review, develop, and implement sustainable and fiscally responsible PPP projects, hence, delivering better value-for-money.

The Government of the United Kingdom, through the Department for International Development (DFID), is co-financing the PPP project through a $19.6 million grant and $4 million technical assistance, both of which will be administered by ADB.

DFID’s grant will also be used to finance a dedicated project development facility to support the engagement of transaction advisors.

The total cost of the PPP project is $219.6 million, with the Punjab government contributing $100 million.